NDW: Illness is a spiritual strength (1/2)

Prev
Next
Religion
NDW: Illness is a spiritual strength (1/2)

The sicker you are, the more spiritually strong you are

Do you see and recognize the propaganda of Evil, the misrepresentation, and the imposition of Evil as Good from some of the articles from Neale Donald Walsch’s conversations with god, his personal and other persons’ quotes? Here is his next “spiritual tip”:

On this day of your life

I believe God wants you to know …

… that illness is not a sign of spiritual weakness, but of

When we fall ill some will say, “Why

did you create that for yourself?” They might convince

you to see it as a sign of spiritual weakness or failure.

It is not. It is a sign of spiritual strength.

All challenges are a sign of spiritual strength, and of

the readiness of the Soul to move on;

to evolve even further.”

Illnesses, health, and physical limitations, breakdowns, failures, and injuries do not happen on their own. Human beings contribute nothing to the beginning, development, and end of all health inconveniences, through their harmful behavior, because they are all pre-prepared, and imposed on our lives through our incarnants.

It is the same process that writers and film scriptwriters use when they create film characters in advance. To make them more “lifelike” (they only have karmic “lifelikeness” as an example, of course, in which we are all more or less physically and mentally limited, and damaged since they too write or create according to karmic scripts), they deliberately limit their characters, give them physical limitations and illnesses (they have skin diseases, for example, which they struggle with for the whole film), addictions and mental disorders (a real policeman has to be a divorced alcoholic; in major blockbusters such as Mad Max, the main character’s pregnant wife or wife and young child are killed by criminals, so he is “rightly” angry, vengeful and violent) and other personality complications (for example, a politician who should be honest lies, is corrupt and acts outside the law). Understandably, earthly scriptwriters use the same dramaturgical devices for storytelling as the karmic ones, since the karmic ones have created them in their image, and programmed them how to script stories. 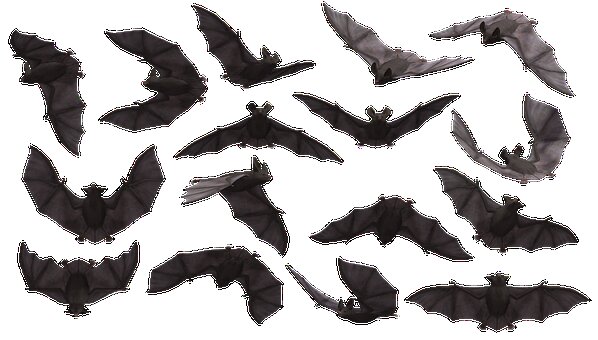 Diseases are designed to limit human abilities, hinder one’s movement, creativity, and functioning, and provide a hard life that makes one suffer and produces negative energy that the Black Flyers feed on. Just yesterday I received a message through the messengers that the Black Flyers’ stock of “Loosh” or negative energy had been greatly reduced, and that this was the reason why whole armies of new Flyers were being brought to Earth to replenish this stock, but that they were not allowed to do so. This means that the present flyers will put all the more pressure on humans and provoke them to react with negative reactions, fear, sadness, and anger, thus producing as much negative energy as possible for the black predators, space parasites, energy vampires, and flying scavengers. They have done this before, and now they will intensify their insidious attacks. They attack a person by shooting an impulse of negative energy, such as fear, into him, and then the person, not knowing what is happening, thinks that he is afraid, and begins to develop, and reinforce this fear himself. The same applies to other negative emotions, anxiety, frustration, sadness, anger, etc.

The healthy can’t go to heaven, heaven is only for the sick

Illness and other health problems have nothing to do with personal development or “spirituality”, let alone “spiritual power”. If this were so, sick people would be more developed, so-called invalids without arms and legs, and the blind, deaf and dumb would be highly developed personalities. On this scale, the most developed would be those dying of several medical complications at the same time and the comatose, who would already be “enlightened”. According to this logic, people would deliberately make themselves ill and thus “spiritually strengthen” themselves. The Gurus would offer programs for spiritual advancement called “With Cancer to God”, “Blind and Enlightened” and “Without Legs to Heaven”, and people would stand in queues to be “spiritually strengthened” as soon as possible.

Claims that diseases are a sign of “spiritual strength” are just karmic lies, nonsense, and blatant mockery of people. Karmic people, in their old and ugly habits, claim that only a hard life is a good life, that people have to suffer, and that this is the only way to progress and develop. Or to put it more simply: Evil is Good, sickness is healthy, and weakness is strong. Those who believe Neale and the lying karmic people should tell themselves whether they feel “spiritually strong” or just plain weak when they are sick. Clearly, you cannot be strong if you are weak.

There is also a religious aspect to illness and other health limitations and complications, including chronic pain, according to which believers have to suffer from the sin of Adam and Eve, the death of Jesus, and their own everyday personal sins. For example, god punishes, and “rewards” them by “generously” allowing them to atone for their sins, and perhaps open the door to heaven. Some believers take this nonsense seriously, guard and nurture their illness as if it were the greatest treasure in the world, and a true “gift from god”.

Let me make it clear once again that those so-called souls, such as little angels or “children of god” who incarnate to “learn”, do not exist. “Souls” is a karmic term for incarnants or people from other planets who are forcibly incarnated into other people from lower planets. “Souls” or incarnants do not “go anywhere further” as they are simply shut down or killed again after physical death and life review. The Karmic Organization was a Death Machine that deliberately confined, tortured, and killed all humans and animals. Only the last few generations of humans are alive at the moment – about four to five are alive at the same time. I consider one generation to be people up to the age of 20 when they can have families and children. People live until they are about 80 or 100, which means about four to five generations at the same time. All the others who have lived in the history of this cosmos have been deliberately killed by the karmicons. Even we who are alive now are already dead, because we have all been given a time, place, and manner of death before we were born. No one in the Karmic system has gone anywhere, let alone forward. All the paths of all humans have led in only one direction, to death, and that is to eternal Death. 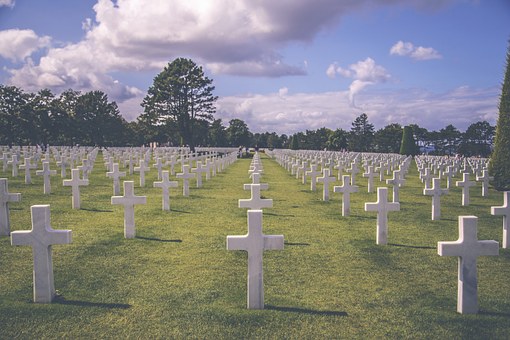 To our great and eternal happiness, I have learned the truth about the false, harmful, destructive, and deadly Creator Absorption Karmic System and have come to understand that Death is artificial and not necessary, let alone beneficial for life. I also realized that we can bring everyone who has ever lived back to life and give them the greatest Gift of all, which is Life. By abolishing the Karmic Organization, we have also abolished Death itself. No one dies anymore on the other planets in our cosmos, and the dead Earthlings are taken in by our space friends, given new bodies, and relocated to one of the six new terrestrial planets.

One year closer to planetary Freedom, and a new life

Although we cannot do much to avoid health problems until planetary liberation, when we will all have new, young, healthy, and beautiful bodies, due to predetermined and imposed karmic scripts, we can at least try to give up harmful habits and behaviors that are often linked to ill health. Having said that, it is of course very important to understand the karmic Evil Game and not to feel bad and desperate despite poor health. Let us remain calm and know that better times are coming. We, in the Space Administration, have done everything for all the other planets in our cosmos, and all that is left is Earth. I look forward to the blockade of the planet ending quickly and to celebrating our Freedom Day soon.

I wish you a Happy New Year, much peace, relaxation, love, fun, and success in your personal development, partnership, family, and business.

Cover: A father, and his son, dying of AIDS. Photo: Rare Historical Photos