Before the bio-terrorist front of one Evil has ended, the bloodbath of another has already begun. Elite, together with their paid-off political servants, doctors and the media, are mourning the end of the corona pandemic because the Omicron has spoiled their plans to subjugate the entire planet. Bill Gates has publicly lamented that Omicron has caused a massive increase in natural immunity, thus stopping the production and highly profitable sale of vaccines: “Sadly, the virus itself particularly the variant called Omicron is a type of vaccine, creates both B cell and T cell immunity and it’s done a better job of getting out to the world population than we have with vaccines.” 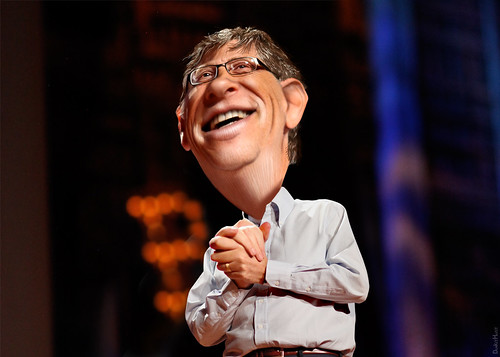 In other statements, Bill Gates also publicly and strongly mourns the premature end of the coronary pandemic and fantasizes loudly about a new virus at least as deadly as Ebola being spread by terrorists through airports.

Elite, together with the paid-off World Health Organization, controlled (financially) by Bill Gates, is drafting a supranational constitution to subordinate all national constitutions in an emergency such as a pandemic. This would allow the Elite to take control of all countries and the whole world and turn from a shadow world government into a public world government.

In the first phase, countries decided for themselves. In Phase 2, which is now underway, the Elite, with the World Health Organization and associated organizations such as the US FDA (“Food and Drug Administration”) and CDC (“Centers for Disease Control and Prevention”) and the European medicines agency EMA, which authorize, for example, vaccines, and pharmaceutical companies have started to co-manage states through “recommendations” or by bribing politicians, doctors and the media.

It is public knowledge that hospitals receive a special and very high financial reward for each covid diagnosis. Covid doctors get huge bonuses too. It is understandable for greedy capitalist hospitals and doctors to declare all cold, flu, tuberculosis and other coughing people as covid patients and thus make a fat profit. In Phase 3, with the new WHO Constitution, the Elite would take over the countries and start taking their actions, enforcing measures and mandating pharmaceutical purchases. That is the same as a pack of wolves convincing a farmer that it is best that they take over the sheep farm because they know them best, or in more vernacular terms, that he should “trust the scientists”.

Politically and commercially, this means that all countries would have to take all the measures and buy all the pharmaceuticals that the World Health Organization and the Elite behind them would demand of them. This includes, of course, compulsory vaccination, which would soon become forced and regular, say once a month. The next step is to add a cocktail of chemicals to drinking water, which they would call preventive ‘medicines’, and people would have to pay for them along with their water bill.

“War brings out the best in people”

On the other hand, the Elite are cheered by the new war in Ukraine, which will partially compensate for the loss of lives due to the ending pandemic. It is important to remember that the coronavirus and the covid disease are two different things that have been deliberately substituted and portrayed as the same by politicians, doctors and the media. We saw in the Slovenian media that as soon as the number of people hospitalized and in intensive care dropped sharply as a result of omicron, they stopped publishing the percentages because they were too low to be shocking enough. For a short time, they even started to publish data on corona-infected people and deaths due to covid, thereby admitting that they had previously lied and misled the public by claiming that people had been hospitalized and intensive care patients for other illnesses and had died of them, but had tested positive for corona; that they had died of covid, when in fact they had not.

The war in Ukraine is another Karmic mass harvest of negative energy due to massive violence, injury and death. We can see the typical Karmic pattern of separating couples and families, with almost four million women and children leaving Ukraine, while their partners, fathers and other relatives remained in the country. For the first time in human history, this deadly Harvest is different, as the Karmic Organization no longer exists. The company has collapsed, but production is still running. The Karmic Evil will continue on Earth according to their plan until the blockade is over and we start to operate on our planet too, and in a short time, we will abolish the old systems and introduce a new model of life. Most of the karmicons throughout the cosmos have been captured and imprisoned, so there are very few left on Earth to feast on the suffering humans. This is the last group of previous galactic administrators who are still temporarily blocking our friendly space friends, but their time is running out.

The Russian reason for the ‘special operation’ or attack on Ukraine is also very interesting and shallow. Putin claims that there are Nazis in Ukraine and that they have laboratories with harmful substances with which they are experimenting. There are Nazis and harmful substance laboratories in every country, but the Russians have not attacked them. Why Ukraine? Perhaps because it was once part of the failed Soviet Union? Perhaps because it is the closest and they did not have to go far? Even if they really attacked Ukraine because of Nazis and bio-labs, which they have no right to do, there is no need to bomb residential areas, civilians, families and children.

At the moment, by far the largest number of Nazis are again in Germany, where they have managed to get into parliament, but the Russians leave them alone because they have not even mentioned them. In Slovenia, too, there are more and more of them, along with the so-called domobranci (far right-wing “patriots”), who are becoming more and more loud and violent because they are convinced that the right-wingers in power will soon establish their country on the racist, nationalist and chauvinist model of Hitler’s Nazi Reich, which hates everyone different.

History repeats itself, as we can see that the new Ideal Men are not ideal at all, on the contrary, just as Hitler was not even close to the real Aryan, who was supposed to be tall, strong and blond with blue eyes. Hitler was also mentally ill and suffered from many of the emotional-mental disorders that are easily seen in all other fanatical right-wingers. Psychopathy, selfishness, greed, narcissism, arrogance, cynicism and sarcasm, hatred, contempt, humiliation, exploitation and abuse, violence, etc.

Hitler started World War II to purge the world of Jews, Roms (“gypsies”), Slavs, the mentally handicapped, the religious and similar human “worthless” “diseases”. Putin decided to ‘disinfect’ Ukraine first and cure it of Nazism. In doing so, he is using the same ‘cleansers’ that Hitler, the Father of Nazism, used. This means, of course, that Putin is himself a Nazi, who is ostensibly hunting other Nazis around Ukraine, but in reality is only seeking to selfishly appropriate an entire country, territory and resources and to subjugate the Ukrainians, whom he claims are Russians anyway.

It is interesting that Putin’s United Russia party leans on the political right, which is the historical successor of Nazism and fascism, and still operates based on hate of the different and especially of foreigners. Putin is not bothered by domestic right-wingers and extreme nationalists, but he is so angry with the Ukrainian right-wingers that he has attacked the whole country because of a few right-wingers. Ukrainian Nazis or Nat/zi-onalists want and are fighting for the same thing as Putin – they want a pure national state with the slogan ‘one country, one nation, one religion’. There is no difference between Putin’s Nat/zi-onalism and Ukraine’s Nat/zi-onalism, except that Putin wants to destroy and defeat Ukraine, while Ukraine’s Nazis or Nat/zi-onalists want all Russians to be expelled from Ukraine, or, in a more radical version, exterminated. Otherwise, Putin is working very well with other right-wing European politicians who see him as Big Brother. 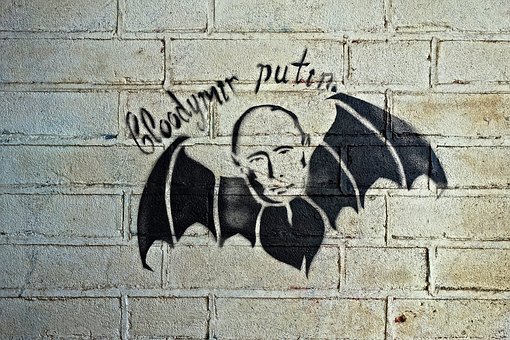 Nazis, nationalists and right-wingers are convinced that they are superior and that everyone else and different is inferior and worthless. Hitler’s, the Nazis’, the fascists’, the nationalists’ and the right-wingers’ list of the lesser and worthless includes Jews, Roms, homosexuals or LGBT, immigrants, southerners, left-wingers, prostitutes and single mothers, and their so-called punks, the unemployed and welfare recipients, whom they see as lazy, etc. Muslim immigrants are extremely disturbing to the European right, and also to the Slovenian right because they are paranoid that Muslims will become the majority in Europe and that they will displace Christianity, which they claim is the foundation of European identity, culture and way of life. This, of course, applies only to the right-wingers, which are a minority everywhere, since the vast majority of Europe is atheist. To speak of Christianity as the foundation of civilization is, of course, absurd in the extreme, since it is the Church that has caused the most violence in the history of the Earth, making it the most primitive and violent organization in the history of this planet. During the Second World War, the Vatican worked closely with the Nazis, who were humbly joined on their knees by the Slovenian religious domobrans, who, wearing Nazi uniforms, betrayed, tortured and killed Slovenes who were fighting for a free Slovenia.