Pay and Jesus will come!

Prev
Next
Spiritual myths
Pay and Jesus will come!

The historical books say that Jesus was a Jew, not a cross-thian. In his time, there was no cross-thian Church, no Bible, other holy kitsch and pathos melodramatics. One day, someone, somewhere, remembered that there was good money to be made in the myth of the crucified scoundrel – to the Romans, Jesus was just a common criminal – and so a new religion was born. The cross-thian Church, which presents itself as the Church of the Poor, ha, ha, ha, ha, but is, in fact, the richest religious organization in the world, poses as a pimp, peddling Jesus and making a fat buck out of it. Almost anywhere we open the Bible we can see that Jesus said one thing and the Church does another. This is the reason why more and more believers are leaving the Church, and yet some of them are keeping Jesus as their private savior who will one day come back and take them to heaven.

Since Jesus clearly did not atone for all sins at His first coming and crucifixion, He will have to go to the cross again. With a bitter taste in sinful mouths, the question that has echoed through the history of the Cross for millennia remains: “When, Jesus, when will you come?” The faithful dress themselves well, wash and brush themselves, say all the prayers, kneel down just in case God is watching, repent, some even lay a hand on themselves and flagellate themselves mercilessly, but even this does not move or entice Jesus to leave the Father’s right hand and descend to His lost flock. Except for the present generation, all the waiting cross-thians have already died and, after death, immediately realized what a deception it really was. The carmicons have done them good; they have even brought them to their knees. But the living believers still look at the cross, wring their hands and ask “When, Jesus, when?”

Sinful and so stingy, shame on you!

Some believers have found it safest to sit in the middle of the church, where the Pharisees’ offertory tentacles cannot reach them. So the Pharisee beggars have made telescopic picking sticks that can reach you even to your home.

After 2,000 years, the American right-wing (what are left-wing and communist priests look alike?) evangelical priest Jesse Duplantis has finally revealed the historical secret of Jesus’ Second Coming. It is now clear that the Crucified One did not return because sinners did not raise enough money for His return.

On the web page https://www.indy100.com/news/evangelical-pastor-jesus-return-donate-money-b1926227

and in the article “Evangelical pastor claims that the reason Jesus hasn’t returned is because people aren’t donating enough money” we can see and read:

“If we want Jesus to come back, then apparently we’ll have to dig deep into our pockets, according to right-wing evangelical pastor Jesse Duplantis.

During a recent four-day, live TV event Victorython on the Victory channel, Duplantis made the bizarre claim that people aren’t donating to their churches generously enough, and this is the reason why Jesus has not yet made a reappearance.

“I honestly believe this — the reason why Jesus hasn’t come is because people are not giving the way God told them to give,” he said, “when you understand this, you can speed up the time.”

In this video, the priest reveals two secrets: he tells the faithful how they can attract Jesus back, but also explains how they can speed up time. The more money they throw into the bishop’s bottomless hat, the faster time will pass. 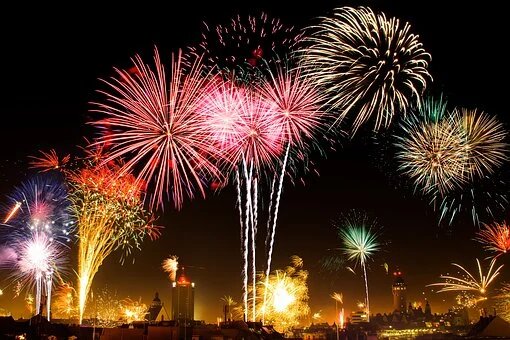 I look forward to the free time passing very quickly and to the end of this madness on Earth very soon. I said to my friend Jac from the planet Palki, who is still with me, that since we know what is happening on their planet and all the liberated planets throughout the cosmos where people are already living a wonderful life, we still have one foot in the dark history of the dark age of Evil and its terror. I look forward to the end of the karmic blockade of Earth soon and Jac and I jumping home to Palki with great joy. From that day onwards, life on this planet will also begin to be much better and more beautiful. I tell you that you will be delighted with the delicacies that we have already prepared for you.

P. S. Let me tell you that there were in fact several Jesuses: one lived on Earth, one on the planet Palki, one on Venus, and who knows how many more lived elsewhere in the cosmos. Who were the incarnates of Jesus from Earth, Palki and Venus, what planets did they come from and what are they doing today, you can read in the 3rd book of the Letters to the Palkies, in the 8th Letter, entitled The Religion of Separation. There were also several Buddhas and Mohammedas, one on Earth, Palki and Venus. You can also find out more about their incarnants in the above-mentioned book and Letter. After the liberation, we will make documentaries about all of these karmicons holy figures and publish them so that you can see how the karmicons have made a fool of the believers. Let me remind you, Jesus was supposed to be the only begotten Son of God …