Pay and you’ll be famous or how politicians buy votes

Austrian Prime Minister Kurz resigned over corruption and business fraud. He made a deal with the media to order advertising with producing and publishing polls with false data to falsely create a better public opinion of him and his party.

Who would you vote for if the elections were held today? The one who paid the most for a fake opinion poll. The poll results with the ranking of the ‘most popular parties and politicians’ are in reality the payroll of the fraudulent politicians who pay the corrupt media to create a false public opinion for them. No wonder Janša (Slovenian premier) says that polls do not reflect public opinion, they create it. Who would know better than him, because as a politician from both sides of the coin – first, he was a left-wing communist, then a democrat or right-wing – he knows very well how to create a false opinion. Paid polls are thus just advertisements for politicians. The more they pay, the more publicity they get. 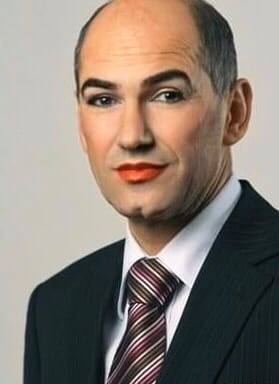 The role of the money is even more absurd in the USA where the candidates are competing to get as much as possible money. He who wins the money race becomes the new president. Ha, ha, ha. They call it “democracy”.

Fortunately, politicians and medical “experts” have loosened up a bit in recent weeks with their manic delusions and mandatory vaccination violence, which is nothing but the rape of healthy people.

The classic definition of rape under the Penal Code is slightly modified to read: “Whoever forces another to mandatory vaccinate by using force and threatening him with a direct attack on his life” – according to the Penal Code, this person “shall be punished by imprisonment for a term of between one and ten years”.

Let me repeat once again that everything that is happening on Earth was planned decades and centuries before our lifetimes. The Elite, the politicians, the military and religious leaders are the Karmic representatives on the planet, created in their Evil image. We can read in several articles on the Internet that most of the various leaders have obvious signs of a psychopathic personality, such as insensitivity, corruptness, insatiable greed and extreme selfishness, grandiose delusions of self-importance, cynicism and sarcasm towards inferiors, ridicule, contempt and hatred towards people who think differently and especially with their minds, etc.

Karmicons could create healthy bodies for people that would not get sick and need healing. They could also make sick bodies that would produce their medicines and vaccines, with harmful side-effects, of course. But because they are corrupt and perverse sadists, they have made bodies that can get sick and that need medicines from outside, so that they can rape us with, for example, vaccines as impostors. A vaccine is a symbol of a parasite, of an impostor that enforces itself into the body and then exploits it from the inside. The symbolism of the injection is very concrete and very powerful; to this spike that pierces the skin and penetrates the flesh, let us add the dead part of the virus that is injected into the body. This virus represents Evil, which is forcibly introduced into the body on the pretext that the body will recognize it as an intruder and start producing antibodies. By doing this, they first deliberately poison or infect the human being (Evil) so that then, according to their 50:50 formula (in favor of Evil, of course), the body will start producing antibodies (Good). As I said, in reality, this is not necessary at all, because we could make healthy bodies that would not age and would never get sick. Our Palkies and other people on liberated planets throughout the cosmos have such bodies, and Earthlings will have such bodies too. In the new and natural life, there will be no more diseases, medicines and vaccines, harmful side effects and death. The new bodies will not age, lose health and decay, but will be forever young, healthy, beautiful, strong and flexible. 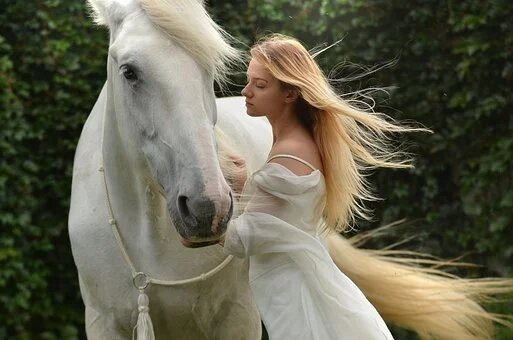 A new day, a new decree

“At a correspondence meeting, the government issued a decree which no longer includes nine months as a condition for the duration of protection in the exceptions to the quarantine of vaccinated persons. This was in line with the opinion of the epidemiological profession, which considers that the duration of protection is unlimited, they said. Until now, it was considered that vaccinated persons did not have to be quarantined for nine months after vaccination with all doses.”

This is just another political swing to show force and pretend to be clever. It is very likely that some of them are nine months past their vaccination date and would have to be quarantined, but under the new decree, they no longer have to be quarantined. Perhaps this decree was commissioned by a member of the Elite and paid for at list price. To avoid the government writers torturing themselves with the text, he sent it himself and thus wrote it “on his skin”.

It is common practice in criminal gangs for low-level criminals to accept prison sentences instead of higher-level ones. It is a special honor to lie in court that they committed the crime and go to prison instead of their boss.

I read on the internet in an article entitled Decision on Janssen made by Poklukar, the profession suggested a correction already at the end of August, an “explanation” about the validation of the PCT condition at the time of vaccination with Janssen:

“Today’s Dnevnik reveals the names of those who decided at the end of August that those vaccinated with Janssen would receive a European covid certificate with a QR code on the day of vaccination, and with other vaccines on the day of vaccination with the second dose. According to the minutes of the correspondence meeting of the Government of 27 August 2021 and the material considered by the Government at the initiative of the Ministry of Health, it appears that the controversial decree was drafted by Janez Poklukar, Minister of Health, State Secretaries Franc Vindišar, Robert Cugelj and Alenka Forte, and Bogdan Tušar, Acting Director-General of the Directorate for the Development of the Health System.

As I wrote in the previous part, this decision was fatal for Katja, 20, who tried to get a one-shot Janssen vaccine passport so she could enter the shops, banks, posts offices, etc. Despite their statement, that “protections” start after 14 days of the vaccination, the government issued a deadly decree making the certificate valid the same day of the vaccination. After Katja’s death, they stopped vaccinating with Janssen and canceled existing orders. What do you think they did with the remaining Janssen vaccine vials which were not good for Slovenes anymore? To Africa, where else. That is the top of the hypocrisy – if Janssen is not good or more precise, if it is deadly for Slovenes, it’s also devastating for Africans. In their classical manner of perverted psychopaths, they presented their deadly gift to Africans as a gesture of humanitarian philanthropy.

The NIJZ has twice warned the government that such a decision is professionally inappropriate. The first time immediately after the adoption of the Decree, and the second time last week, when they recommended to the Government that the PCT (Recovered, vaccinated, tested) condition should come into force after seven and 14 days respectively from the date of full vaccination.

This means, of course, that the Minister for Health is taking a political rather than a professional decision, which proves that the corona pandemic has nothing to do with health and everything to do with the politics of manipulation and financial gain. Professionally speaking, the immediate confirmation of the PCT condition means that potentially infected people are free to go around spreading the virus without testing, while those without PCT cannot. 🙂 with even PCR tests, let alone rapid antigen tests, are proven to be up to 80% false. Ha, ha, ha.

The Prime Minister who issues the decrees is Janša, not Poklukar, so it is Janša the First who is responsible for all the instant express orders, not his ministerial namesake. Poklukar will gladly and humbly accept Janša’s cross on his back and wear it proudly because in doing so he will take the blame for his Boss.

Having rescued his Master, he somehow had to dig himself out of the quagmire into which he had got himself. Poklukar replied to accusations that he was to blame for the death of young Katja, who had been vaccinated with Janssen, that the decision to immediately fulfill the PCT condition was only an “administrative measure” and not something serious such as a law.

Administrative measure sounds better, it is something light-hearted and impersonal, something quite so casually. He was immediately joined by other health ‘experts’ who, apparently in agreement and unison, defended the Health Minister’s grossly unprofessional, harmful and deadly measure for political and self-serving reasons.

Poklukar’s main excuse is the shallow and transparent assumption that he does not need to be held accountable for administrative measure action. He has learned such irresponsible behavior from his Master, who, in his view, does not have to answer for PCT decrees, even if they are unconstitutional and illegal. This is right-wing Janšist politics: if someone points out to you that you are responsible for your actions, just say that it is a construct of left-wing judges or that it is just an administrative measure and wait two days for the next affair to come along and you are off the hook.

To be continued with the last part next week.

Text: “Hurrah, 1000 new infected! Premier, our love for you is increasing exponentially!”