Prev
Next
Awakening
Don’t apologize to nobody, nowhere, and never! (1/2)

There are no mistakes in Existence, so we don’t have to apologize for them.

In the Existence, Everything that Exists is as it is. In that sense, there is nothing wrong with it, and there are no mistakes. The Existence wasn’t planned so there is no chance that there could be anything mistaken in it. For the good people, it would be better if Evil wouldn’t exist. For the evil ones, it would be much better if only Evil would exist. Neither good nor evil can’t do anything about the existence of Good and Evil, it is as it is. For the good ones, Evil is a mistake, for the evil ones, Good is evil. Everything that good people can do is that we wish that there is as little Evil as possible and that we will quickly move from the dark to the light.

When we say “mistake”, we think that something else should be on the place with the mistaken item. Only then, it would all right. In the Existence sense, everything is already in its place. When we think that something is displaced, we call it a mistake, and we want to correct it with the “right” item. Sometimes, that is better, for us, as it is more congruent with other elements, while sometimes, it is just our opinion, and things are already good as they are.

The awakened ones, we know that simple fact about Existence, and we accept it as fact, but not as our choice. We accept the fact that Evil exists, but we don’t choose it. If we could influence Existence, Evil would never exist. Because we can’t do anything about it, we accept it as a fact, but we don’t perform it. The unawakened ones see the world, themselves, and others as right or wrong. If things are not as they like, they are upset and angry. If they make a mistake, they apologize. If other persons make a mistake, they expect and even request their apologies. They think that apologies sort out things, erase the primary mistake and establish a new, and for them, a better state. Apologizing and excusing just makes things even worst adding harm to the first one.

The karmicons are the prosecutors, judges, and executors

By the karmic theory and practice, we are all indebted to the negative karma, which we must pay off with hard lives. With suffering, we are apologizing for the mistakes that the karmicons made. They write all the incarnational scripts for incarnations and our lives with all the harmful actions and “mistakes”. They also write in these scripts how we will be punished for mistaken actions. In some cases, it will be enough to say or write an apology, while in others, we will have to pay for the harm or even apologize with the prison time. That is the same as the movie actors would be guilty of the scriptwriter’s work, and would be punished to pay the debts for their character’s acts. 🙂 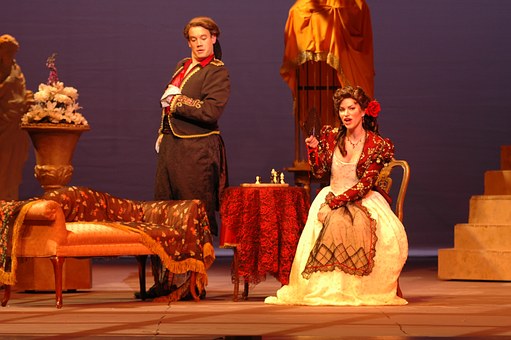 For the karmicons, we are worthless. We are the mistake and the Sin, just humans stains. That’s why they force us into hard lives, and humiliate, devaluate, and contempt us sadistically torturing us. They have heinously, cynically, and sarcastically enforced us with stupidities such as: “We are just humans, we live only once, to sin is human”. Unawakened in their ignorance accept these planted ideas and think that they are bad. World champions in self-contempt are religious believers who accept the guilt for acts they didn’t commit as are alleged expulsion of Adam and Eve from paradise, and the death of Jesus. For these constructed karmicons lies, they are willing to passionate suffer in the holy guilt, and punishingly whip themselves with the feelings of guilt to apologize to god for their sinfulness.

God is the greatest negative fictional character of them all

By the karmicons and cross-thians myth about the Creator, Adam and Eve and sneaky snake, and Jesus on the cross, the believers are supposedly guilty that god excommunicated Adam and Eve sentencing them to the bottom of the Creation, where they have to live and reproduce in pain. They and their descendants must suffer until they pay off the debt for the Prime Sin. That means that real people are guilty of the act of fictional and mythological characters. Believers, who are karmically programmed, accept “voluntarily” on their knees humbly bearing the cross of Sin on their sinful backs, whipped by the martyr’s life. That is the same as the viewers would accept the guilt for the sadistic actions of Hannibal Lecter from the movie Silence of the lambs, and ask the director Jonathan Demme for forgiveness. 🙂

When I googled for the biggest movie negatives, I found an article with a title Who is the most evil movie villain?

where readers presented their candidates for the nasties fictional evildoers with a very interesting cast. Mike Burch, Poet, Editor, and Publisher, votes for Yahweh or Jehovah, Biblical and cross-thian god. As if Mike in 2019 knew that I will write about this theme today giving me a perfect example. 🙂 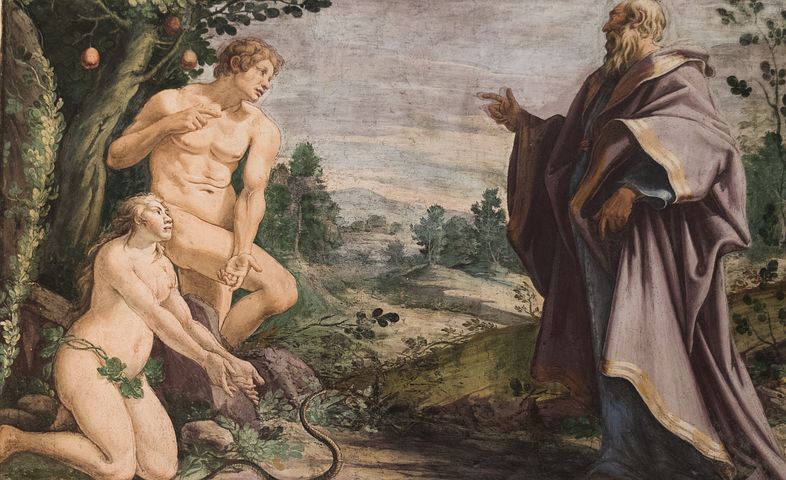 “I would vote for the biblical “god” Jehovah, who has been depicted in countless movies and books. Here is evidence that he is the evilest of all movie villains:

Jehovah created human beings without any knowledge of good and evil. They could not tell right from wrong.

Jehovah then told Adam and Eve that it was “wrong” to eat the forbidden fruit of the knowledge of good and evil. But it was impossible for them to understand because they didn’t know right from wrong. He should have put the fruit where they couldn’t reach it, the way good parents keep dangerous things away from babies who can’t understand the word “dangerous.”

When Adam and Eve ate the fruit, as any child would have done, Jehovah decided to murder them and all their descendants forever. He sentenced them to suffer and die unjustly.

Later, in the Great Flood, Jehovah would once again murder trillions of animals when they had done nothing wrong. Not to mention multitudes of unborns, babies, and children.

Later, in the plagues of Egypt, Jehovah would do the same thing, slaughtering animals and babies right and left, when they had done nothing wrong. And Jehovah kept hardening the Pharaoh’s heart, which kept him from making the decision to let the Israelites go. So it was Jehovah who was responsible for all the mayhem. Why didn’t he soften the Pharoah’s heart and avoid all the serial killings?

This pattern continues throughout the Bible. For instance, Jehovah commanded Moses, Joshua, and Caleb to destroy entire cities and nations (genocide), including completely innocent women, children, and animals.

Will there ever be a movie that tells the story the way it was actually told in the Bible?”

Mike, bravo, you made a good choice, the best one! Jehovah is the biggest fictional character in this cosmos as he is the Creator of Evil. The biggest negatives are the karmicons who created Yahweh (Jehovah) and Evil. With the end of the Karmic organization, Yahweh and Evil will disappear forever too.

P. S. In the court procedures, we could stop using “forgiveness of guilt” with “releasing the accusation”.

Read more about the very useful exercises for awakening which will help you to elegantly release all of your partial personalities and their harmful behaviors in my book series Letters to Palkies Messages to my friends on another planet. You can get Book 1 and 2, and my other books on Amazon: