Before we continue with a review of the false karmicons explanation of the meaning of Life, let me tell you fantastic news. We started with our space friends to liberate our solar system from the Evil karmicons and ending the Karmic organization. I suggest our friends first free the lowest planets in the 4. dimension and the highest worlds in the 8. dimension. With this approach, we will first menage planets with the hardest and most unpleasant life, and at the same time, we will invite all 8.D beings with exceptional abilities to actively participate in the solar system liberation action. One group from the bottom up, and the other from the roof down. They accepted my suggestion and they are already in a full swing.

Light beings from the 8. dimension are very satisfied with the end of the Karmic organization. They said that finally, here is the end of this barbarism. In one week, we have already liberated 20 planets. That means that we closed the Karmic organization on the planet, healed all inhabitants or and gave them new bodies and all other goodies you can read in my book series Letters to Palkies. Because of the unknown reason, we still don’t operate on Earth. I asked my space friends why, but probably they can’t answer me because of the same reason. I assume that somebody from higher beings above the Karmic organization and the 8. dimension is blocking them. I am looking forward that this blockade will be removed soon, and that we will be actively starting with the liberation of the Earth. When I found out more, I will let you know. In any case, I can tell you that it will be far more fantastic than you can imagine:)

Reincarnation exists to provide a variety of experience, so that life skills may be gained, and so that, while in a physical body, you can rediscover your spiritual source within.«

The claim that we incarnate to “rediscover your spiritual source within” is really stupid one because there is no “spiritual source” within us. Owen probably thinks the soul or even the god.

In us and around us is Pure Awareness. You can get aware of It with the exercises for the awakening from book 1. of Letters to Palkies. To become aware that we are Beings of Pure Awareness we don’t need to incarnate.

At the moment there are over 99% of Earthlings unawakened. All the dead ones were also unawakened. They died without “rediscovering the spiritual source within”.

That means that the incarnation wasn’t successful:) 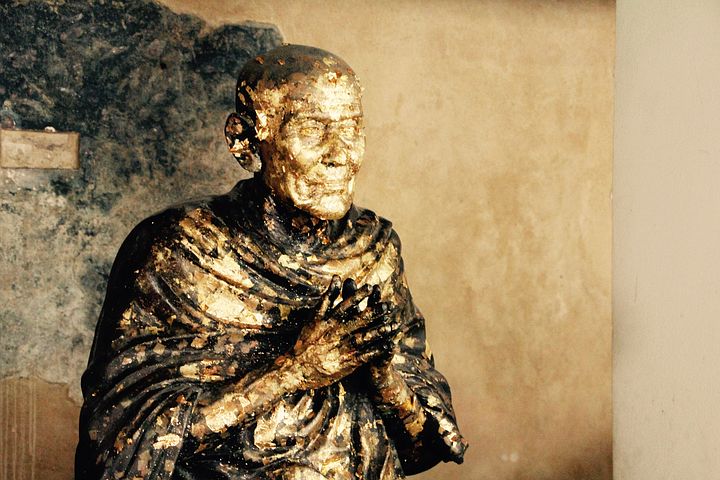 Paradoxically, with the mindless acceptance of this false explanation Owen and others deny themselves as real beings:)

Owen, stop wasting your precious time searching the god in you. Become aware that you are really being and not just an incarnation of somebody else.

The ultimate truth is to be found within, yet the study of a variety of sources of information helps you to reawaken and remember your inner truth.«

You will find the ultimate truth in Pure Awareness which is everywhere and not just “inside”.

If you’ll believe to Owen and other karmicons propagandists you will never awake, let alone “remember your inner truth”. You will become more unaware and enstupid. 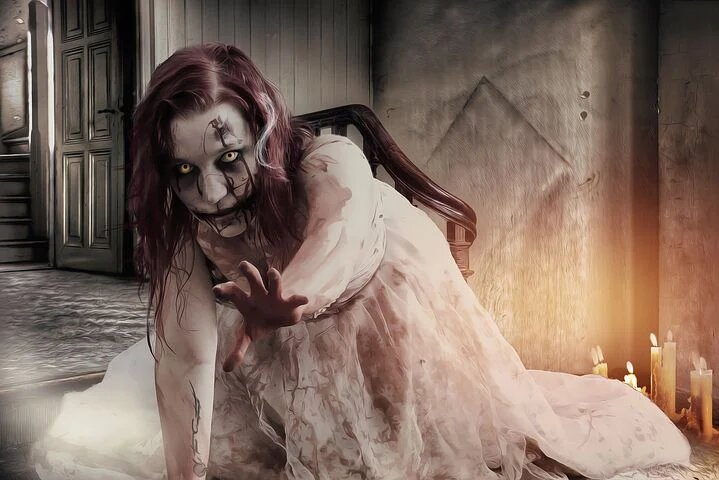 With the exercises for the awakening from book 1. of Letters you will easily awaken and become aware that you are a Wonderful Being of Pure Awareness, Love, and Wisdom.

Unconditional love and the acceptance of all life puts your awareness into a higher place, allowing understanding and compassion to develop. This love and acceptance of others is a recognition of the spiritual light within those people and is not dependent upon their outward behavior. Unconditional love also includes general respect for the beliefs of others, regardless of how much they may, or may not, align with your own beliefs.

The karmicons Evil beings can not talk about love, let alone the unconditional love. They can speak about Evil, not love.

When you awaken and become stable, you will shine the Love whenever you like to (Breath of Love in the advanced exercises for awakening in book 1 of Letters). Only then you will know what is true Love. You will be amazed by how Wonderful it is!

Typical and absurd is that the karmicons are speaking about unconditional acceptance of others independent “upon their outward behavior” when they at the same time guilting the people with bad karma and punishing them:)

They think that they are more Important than others but in fact; they are just Evil, harmful, destructive, and deadly.

The karmicons are feeding upon the negative energy of suffering humans and animals. 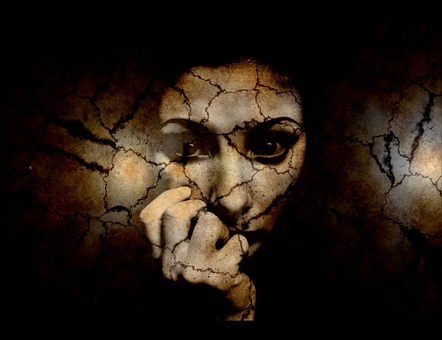 Do you think that the Chinese who horrifically torture dogs, skin, cook and bake them alive to be more tasteful “respect” the dogs? Do you “respect” fried chickens?:)

For me, respect is a harmful behavior because it is conditional. One is respecting the other because he did something, become rich or succeeded some other way. Or he is just a son or a daughter of somebody successful.

There is also respect from fear (in the Slovene language “fear-respect”) when the aggressor forcing others to respect him. They are more afraid of him than they respect him. He likes it anyway.

And the third fact is that in most cases lower respect higher, the Poor respect Important. I never heard that healthy, active, and successful would respect poor, lazy, and incompetent ones. As an expression of “unconditional love”, of course:)

The term “respect” is contaminated so we rather use the term valued. In our natural state of Beings of Pure Awareness and in the simultaneity of Existence we are all equivalent, equal, and sovereign. That’s why we let go of the glorification of Important and humiliation of Poor including overordinating and subordinating as typical hierarchical behaviors of unawakened.

Hierarchical relationships are symbiotic because the persons depend on each other. Important are searching the Poor servants and slaves to subordinate, abuse, and force them to execute their commands. Servants are searching their Masters to overordinate them so they will command them, humiliate them, and abuse them.

Here is a paragraph from the new Bonton:)

We are all equivalent so we don’t need to Japan bow our heads to each other. When to bow they express “respect” and behind their backs, they can be very unrespectful to each other. Even hate the other, but for the dollar, they will bow to the floor and lower:)

If they want to express that they are equally valuable they don’t need to bow, because they are already equal:) So, friends head up! 🙂

About accepting the opinions of others, we can accept them as our opinion or as just theirs and in that case, we don’t agree with them.

It is very useful that we understand Existence. The fact is that Evil is existing.

The Existence wasn’t created so we couldn’t prevent the Evil. The Existence is eternal so the Evil will be present forever in parts of the Existence where already is. We accept its existence.

We are aware of it and we wait to move our awareness to the places in the Existence where there is no Evil. Until then we don’t do it and we do everything to prevent it, to limit it, and to finish it. Lucky us there is not much of it.

With awakening and Partnership for awakened Earth, we started to move from the dark zone of Evil to the beauty of natural life on Earth, too. Welcome! 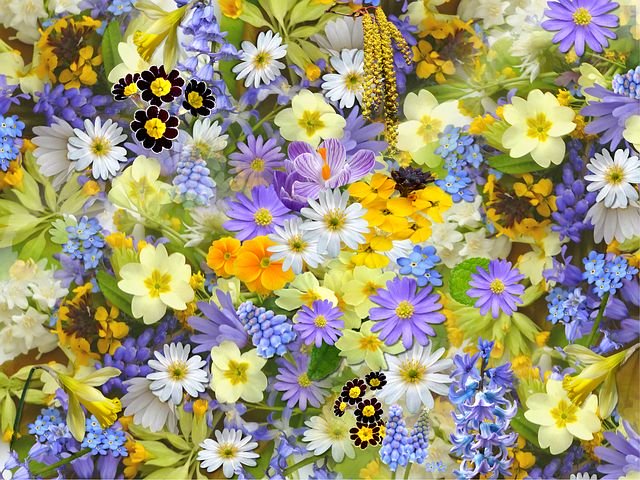 Inner connection with your spiritual source promotes spiritual transformation and the achievement of your true potential. Developing intuition, both in men and women, provides an essential insight into life’s experiences.«

Read again if you don’t believe it:)

That is nonsense with no sense. This bullet is not “inner connected” with anything, at least with the wisdom.

It is a typical expression of the karmicons language full of cliches and empty words. “Spiritual transformation”, “true potential”, “intuition”, “essential insight into life’s experiences”:)

I put the intuition in the same group because despite being the kind of feeling for life events you can not develop it with the “inner connection with the spiritual source” when that ghost doesn’t exist in us.

You will develop the intuition when you release harmful behavior which are blocking you from understanding and feeling the life, yourself and others. You will become more sensible and understanding of life in you and around you.

Know, that lying and manipulative karmicons can anytime secretly impose you what they want and you will think that you have an intuition:)

There are friendly space people who can give you a hint that something is good or harmful to you. But, until you become a light being you won’t know if that was your own intuitive feeling, or it was a foreign intervention. And even later the higher beings can also secretly give you some ideas and you think that they are your own.

Use the exercises for awakening from book 1, release your partial personalities and their harmful behaviors, become aware that you are a Wonderful Being of Pure Awareness and then read this bullet again:)

From the 2. part of Letters to Palkies Messages to my friends on another planet.

Read more about the false Creator Myth, and harmful, destructive and deadly Creator Absorbic Karmic system in my book series Letters to Palkies Messages to my friends on another planet. You can get Book 1 and 2, and my other books on Amazon: