To tune into the theme of another false spiritual myth, mi-mi-mi:), let us first read the last message of “Creator”.

“When you finally embrace the imperfections within, you will finally see exactly how perfect you are. ~ Creator” The Creator Writings, transcribed by Jenifer Farley, 22.11.2020

Translation from the karmicons language, when you accept Evil as part of you, only then you will be Perfect.

Dear friends, don’t be naive and fall for such obvious lies and stupidities and don’t accept Evil in any form. There is no Evil in Pure Awareness, not even a bit. We are Beautiful Beings of Pure Awareness, whole and monolith, and not some halfish and deformed Frankenstein patchworks of Evil and Good.

After this evilization attempt intro, and well attuned with true, let’s review some work of Owen K. Waters, the karmicons advocate, who claims that karma is a big “field of consciousness” that floats in the cosmos:)

Here is his system of New awareness in 10 points which are a good example of the combination of old religions, New Age “sacred” mixture, and new channeled religion.

Owen says that we need wider awareness and use these 10 principles to live in New Reality. 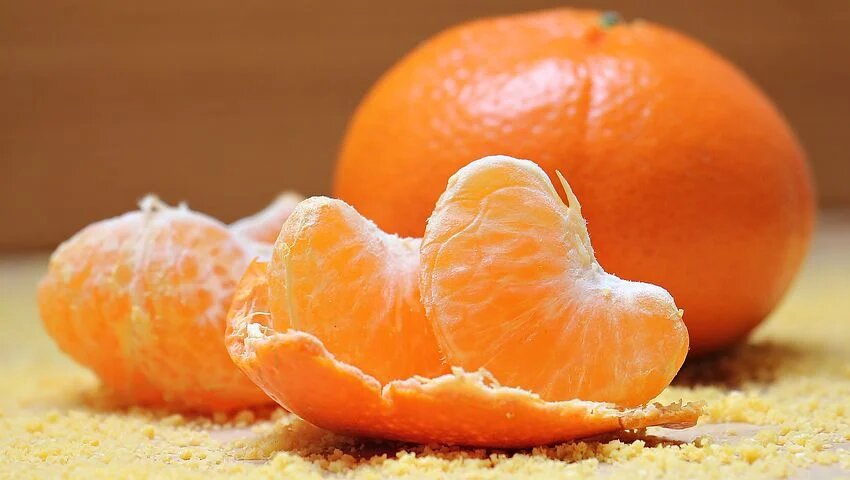 “All is one” is the typical New Age term that is the main mantra of channeled religion.

Everything is One but not in the way as they are claiming to be. They say that All is One Being that had divided into many other and smaller beings. That is not true and is just a lie.

If we narrow this same thing we see that consciousness is characteristics of one kind of Energy. Light beings live as pure energy beings. They are aware or conscious without a physical brain as carriers of consciousness and mind as our “scientists” claim.

We are not parts of Infinite Being or Creator because the “Creator” doesn’t exist.

Owen says that this is the time of changing human consciousness. That is true but it will be successfully achieved when people realize that Owen’s theories are false:)

Your primary purpose in life is to experience life from one individual, unique point of view. You are an expression of Infinite Being as it experiences itself from all possible viewpoints.«

This is another cliche of channeled religion. Bible doesn’t say a word about being the “point of god”. Yahweh had only one child, the son. One of the present visitors from other planets says that all others are just devils bastards:)

Yahweh, the angry and vengeful god wanted to punish the sinners and purify them well before he would watch the life through their damn, sinful and dirty eyes:)

The Purge is not over yet:)

Life reflects who you are – your beliefs, your thoughts, and your feelings. This is the basic principle behind the teaching of karma and the fact that you reap what you sow by creating a pattern of thought that attracts like experience to itself. Reflectance is often delayed while your circumstances adjust to allow appropriate reflections to manifest.« 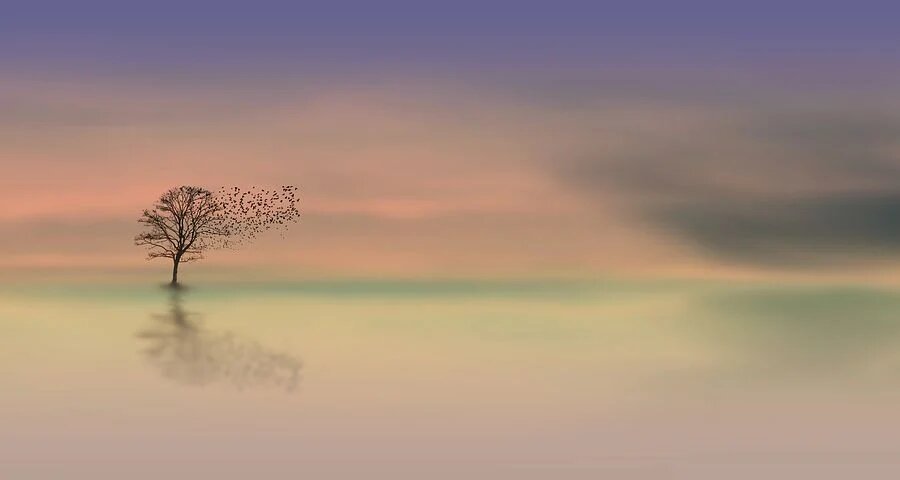 This is a basic example of misunderstanding the Existence which is eternal and Everything in It exists simultaneously. There is no action-and-reaction. Everything is simultane. Just action:)

Karma is the expression of total unawareness, ignorance, stupidity, and violence (first over the Truth).

You create your own reality and take personal responsibility for it. Your life is a reflection of who you are and the experiences that you, as a soul, planned for this life.«

Owen forgot what he wrote above and fights with logic. If the Creator created Everything, then everything is already created and we don’t have to nor can create anymore. Not even plan, it’s all done.

If we are all parts of Infinite Being and we are responsible for our lives than He, who is supposed to be all of us, is also responsible for His collective life. If there is only One and Only to whom is He responding for His life?:)

So-called life responsibility and the term “to be responsible” is the karmicons tool for subordinating the incarnants.

The karmicons wrote them the scripts for the incarnations in which they force them to do Evil, harmful and deadly acts, and afterward, they heinously extort for the responsibility for acts that they were forced to do according to the karmicons scripts.

The incarnants didn’t execute the scripts because they slept the whole life (except the first year in which they didn’t do any harm). After the re-activation, the karmicons force them to accept the responsibility for the acts of persons in which they were sleeping as their own.

“To accept the responsibility” means that they made the karmic debt and they will have to go to another incarnation to pay it off. It is interesting that the next time, forced, of course, they won’t pay off a cent of a karmic debt because they will sleep through the new life again. And who will pay for it? You and I, who else:) With interests. 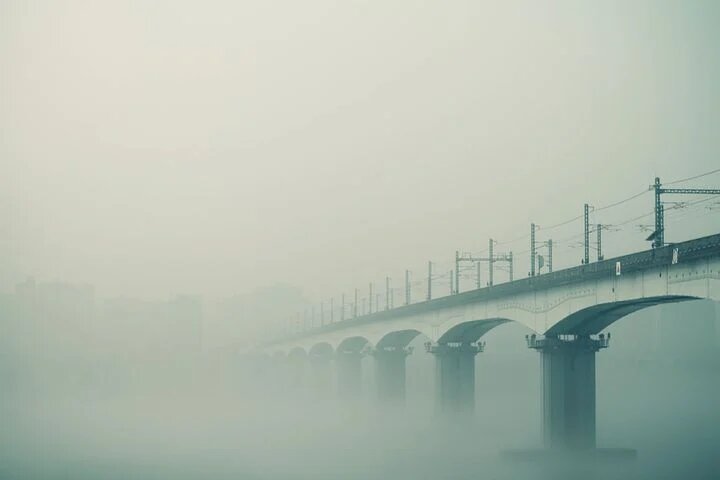 From the point of view of your true, inner personality, passing away from the physical realm is like stepping out of a suit that you have worn for a while. The suit is not the real you. In your spirit body, you move into the spirit realm, which is a place of joy and healing.

After meeting friends and relatives who have passed on before, you start work on resolving any issues which caused inner conflict in your physical life. You remember more about who you are and experience a joyful reunion with the rest of your immediate and extended soul family.«

There is no »true inner personality« in us except us. Owen thinks the soul but we don’t have souls as angels as ignorant ones like to romantically imagine them. There is an incarnant in us and he or she is sleeping. He will awake after our death and finished the review of our life.

The idea behind these shows is the propaganda of the Karmicons system, praising the Evil and accepting the death as something necessary and even reedemingly refreshing:)

As Billy Fingers says to Annie, the death is the best that can happen to a living man:)

The only chance to meet someone that you knew on Earth is that you two would die together or a couple of months apart and that the karmicons would allow you to meet.

We have to know that our incarnants come from millions of planets. Today there are almost 8 billion of them. After death, they don’t go all to the same reception desk:)

Every death man is intercepted by the karmicons guard from the planet of incarnants origin.

Let’s say that your father incarnant came from Planet X, your incarnant jumped in you from Planet Y. Your dad died 10 years ago, and you departed the valley of tears just yesterday. X – Y x 10 = 🙂 And now for real.

After your father reviewed his life they switched him off, turned on his incarnant and sent him home, to the karmic prison or right away to the next incarnation, implantation, or installation.

You died yesterday and today you are already in the karmicons machine. Your father is long gone, and he is for 9 and a half years already sleeping in the consciousness of his incarnant (in his head) who is living his life on his planet or is already in the new incarnation, implantation or installation. (Maybe he died, too.) That’s why you can not meet your father.

The incarnant, like all others, took your father with him to his planet. Lucky him, he is safely stored in his head and can be revived at any moment. When the incarnant dies and switched off, he will also move to the consciousness of his incarnant. And so on higher and higher up the incarnational vertical.

That’s why is impossible for you to meet your dead father after your life. To really meet him the karmicons should revive him but that’s not their practice.

As I said it’s possible to enact scenes in which the karmicons impersonate your father, family members, and friends. They intonate the specific energy pattern (energy signature) from the person and you will automatically read them as your “father”. When they impersonate family members that is not for the happy family reunion in heaven:) but for the manipulation with people and paying the karmic debts.

After my ascension, I will publicly present all karmicons manipulation including false family after death meetings.

From the 2. part of Letters to Palkies Messages to my friends on another planet.

Read more about the false Creator Myth, and harmful, destructive and deadly Creator Absorbic Karmic system in my book series Letters to Palkies Messages to my friends on another planet. You can get Book 1 and 2, and my other books on Amazon:

Solar Report number 2: we have liberated our galaxy and solar system (1/2)

How to be more decisive, efficient, and successful? (Seno 5/4:)

The story about Vina and Vun