How to be more decisive, efficient, and successful? (3/4)

Prev
Next
Awakening
How to be more decisive, efficient, and successful? (3/4)

Fear of bad and good

Some are afraid of their own shadow, so, understandably, they are in fear of good and bad decisions, and even more of their consequences. The Important ones, who think that they are more valuable than others, are fear bad decisions and consequences as they can ruin their image. They loudly brag about successes and blame others for their failures. On the other side of the table, or more precise, under the table:), are the Poor ones, who think that they are less valuable than others, are afraid to make a good decision and accidentally succeed:) With that, they would immediately lose their victim status and couldn’t moan, complain, and cry. They are also very worried about the opinions of others: “What would my neighbors think about me if I succeed? That’s the last thing I need!”.:)

Some of the Poor ones completely gave up on life, themselves, and others. Whatever they decide, they fail. In despair, they surrendered to faith. “I can’t do it anymore, what will be, will be.” They duck and wait that matter passes by, and that somebody else decides instead of them.

You must know that you can be a good person with the best intentions for you and others, but the karmicons can break into your life and spoil your game. The karmicons are Evil beings who don’t create anything useful for the lasting good. Everything they do, they do just to destroy it. If people live well, they don’t benefit from their joy and happiness. If people suffer, they shine negative energy which these Evil parasites devour. That’s why the karmicons will give you something, wait that you enjoy it, and then spoil it, destroy it and take away from you. When you will be crying for your lost health, divorced partner, shattered family, and lost property, they will pervertedly enjoy your sufferings and feed with your sorrow.

You can save yourself from this pot only by awakening and becoming Being of Pure Awareness. Pure Beings, we don’t feel any fear anymore, we don’t mourn, cry, and suffer. Being in constant peace and bliss, we don’t feed the heinous and rotten karmicons parasites. Regardless of our presently still active karmic scripts rolling out of our lives, they can’t spoil our will and joy of life. When we will end the Karmic organization and change all their scripts removing all Evil, diseases, injuries, harms, criminal, violence, and death, we will be able to easily choose and decide only the best for all.

Sow the doubt, and the fear will do the rest.

That is an old karmicons proverb which I have just made it up:)

Here is a text which I wrote in 2006 in the first version of my book about the awakening. Lucky me and you, I didn’t publish that book as I was still under the influence of the karmic life explanation. I will publish it together with other harmful behaviors in another book after the Letters to Palkies series, probably in 2022. This part is from the middle of the book so at the end of it, I will write a short comment for a better understanding:)

In the state between two partial personalities, and because of the lack of information, two or more similar good or bad choices, they usually hesitate and can’t decide which one will take the role. Wishing-and-washing, they block each other with the contra arguments. For and against are similarly strong changing positions. We can decide to chose blindly, make a lucky draw, or let others decide instead of us. Maybe we delay the decision for another time or we decide for the “indecision”, and we walk away from the table.

Permanent indecisiveness is a characteristic consequence of the Poor uncertainty because of the actual or imagined failures and fears of the unpleasant consequences. “I burned my self ones, and I am not playing pancakes anymore.” This is how the self-image of the Loser slowly creates. Parents and others add to that orientation with their No’s. “You can’t, you don’t know, that is not for you, you will never succeed!” Characteristic expressions of indecisiveness are “I don’t know.”, “I can’t.”, “That is not for me.”, and “Maybe.” which a person uses to express his weakness, uncertainty, and indecisiveness.

Awakening creates partial personalities doubts and despair as they are more and more aware that their roles are rolling out of the game. Maybe you will forget yourself and one of them will quickly wear you and drive you around. That could disappoint you very much when you sober up again and aware of what have just happened. “How could I be so naive?!” With that thought, you can fall into despair. Who else will “help” you in need as another partial personality with his counsel, maybe Desperado, the despaired one: “I told you there is no sense, just leave everything, don’t bother, it’s not worthy…” 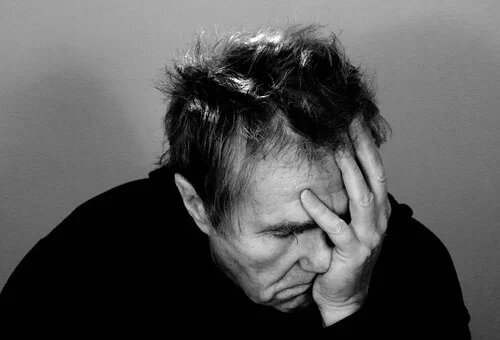 Every reaction to their action can be a new start of mouthing. Stop that game immediately, before you are drawn into another circle of oblivion in which you can temporarily lost yourself, fail, and despair. Some of the partial personalities are like annoying kids who don’t know what they want. “Buy me a puppy! Here you go. No, I would rather have a cat. Are you sure, you already have a cat, and a puppy is nice. No, I want a new cat, a puppy is ugly. Well, this cat for a young boy. No, no, I want a fish…”

Partial personalities will also strongly express their doubts about your awakening. “What are you doing, that is dangerous. You don’t need this. Think it through as I won’t take the responsibility for your decisions. What if you become nut, it won’t be the first time, I have already heard for such cases, mental institutions are full of this kind of fools. It’s too dangerous to shovel through brains, only 5% of them are researched. What will the people say after, he was always a bit strange, but I didn’t know that is so heavy a lost. Who would say, he was a nice guy. Is it contagious?” This can be the breaking point in your awakening, if you fall for it, you are done. Maybe you start with another awakening in your next life.

Until a person doesn’t know who he is, all of his decision-making is burdened with many questions, doubts, and worries about the consequences. “Well, I will stop smoking, but what is gonna happen to me then? What if I get fat? Then I will have to lose my weight. They say that those who are losing their weight, start smoking, but I am already smoking.” So they decide on the easiest way and the selfish “benefit”.

The awakened person has no doubts about the decision making. He released all partial personalities and their criteria. He chooses and decides alone and independently so his decisions are always harmonized with love and wisdom. Even when he has to decide for the “lesser evil”. There can be some small dilemmas, like vanilla or chocolate, three or four scoops, here or home.”

With awakening and releasing of partial personalities and their harmful behaviors, we create a new, united, and whole personality. Awakened ones are calm and relaxed as there is no one else inside of us to create conflicts and chaos. Where it used to be crowded, there is only one loving and healthy personality. No more internal differences, conflicts, and fights. No more doubts and fights against each other. We are alone, we decide alone, and what we say, so it is.

In the article Indecisiveness is harmful to health on Slovene page:

we can read that “Excessive indecisiveness can cause stress, worries and other health issues, say the Italian psychiatrists.”

And, that:” Indecisiveness causes guilty feelings which can have health consequences”, says Raffaele Morelli, editor of the Italian scientific magazine Riza Psicosomatica. He recently made research among 85 Italians between 18 and 70 years of age. The results show that there is 75% of them indecisive.

Man is more hesitant than women. Excessive indecisiveness can drive a person to feelings of weakness, bad self-image and many psychosomatic diseases, like dizziness, panic attacks, and unusual fast heart beating. Psychiatrists suggest affected to avoid asking friends and families for help and stop convincing themselves that indecisiveness is a virtue or unchangeable personality characteristic.”

Understandably, psychiatrist suggest indecisive persons not to ask for help from others as they can even help them:) They suggest they rather visit them and pay from 100 euros and more for 45 minutes sessions in which the client speaks while they are nodding and secretly watching their watches for the end of the meeting.

No wonder that three of the four Italians are hesitantly indecisive if they think that “indecisiveness is a virtue”:) Who told them that? We can understand this statistically overwhelming national indecisiveness better if we know that most of the Italians are very religiously faithful. As believers, they must favor the gods’ will, and not theirs. God is one who decides, they just execute his decisions. Bible indeed says that god gave them free will, but only to be his humble servants executing his “divine plan”:) So it is understandable that they feel very uncertain as they don’t know how much of penance will god load them this time on their sinful backs:) they are especially worried about gods silence which forces them to think with their heads and guessing what would be the best to do. In big fear, that they don’t do anything against gods will as if that would be even possible:)

(A short notice for all who have just jumped in the article. God doesn’t exist because Awareness and Energy, two of the Existence elements, can’t be created nor destroyed. All religions are fictional, lies, and manipulations of the Karmic organization which uses them for enstupidment, control, and abuse of the religious faith believers.)

Read more about the awakening and exercises for awakening which will help you to easily release indecisiveness and all other harmful behaviors in my book series Letters to Palkies Messages to my friends on another planet. You can get Book 1 and 2, and my other books on Amazon: