Who is “spiritually” or personally developed, and who is not?

Prev
Next
Awakening
Who is “spiritually” or personally developed, and who is not?

The first one lives spiritual life and prepares for the spiritual afterlife. The second one just lives and doesn’t prepare for anything.

The spiritual person is engaged in spiritual themes as god and devil, soul, afterlife, spiritual powers, and is a religious believer or spiritual man or woman, of course.

Here we have all the religions, spiritualities, mysticism, magics, and black magics, sorceries, shamanisms, New Age (explosive:) mix, etc. The main questions of the spiritual development are how the god or the Creator or the Source created the “Creation”, who we are, what we do here and where we will go after death.

The mentioned themes are more or the most important ones in the spiritual life, while the so-called material life and financial success are less or not important at all.

There are transitions from one way to another, mostly from the material to the spiritual. Some that don’t succeed in the material life and don’t get rich until the 30, they jump over to the kingdom of heaven and seek the “wealth” in the spiritual life. 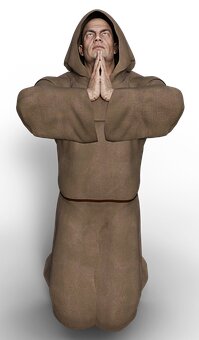 From “greed is good” to the “greener pastures of my Lord, Saviour, and Shepard”:) Crucefixing the sinful body, singing hallelujah and praying “God, provide.”:)

In the spiritual field, there are professionals and amateurs. First, live in the religious organized hierarchy, they have a title, uniform, and duties. Usually, they are monks and nuns and live in monasteries or in religious institutions. They live alone in the celibate, and they don’t have a sexual life. So they say:)

The amateurs live a civil life and spirituality is their hobby. Meditation 10 minutes 3 times a week. Many spiritual amateurs are still drinking and drugging, lying and stealing, they confess and repent and sin again:)

The main goal of psychological personal development is a functionality or the ability to live an independent life. For psychologists is most important, that a person is employed and works, and he gets paid. That doesn’t mean that unemployed are undeveloped, though …:)

These persons are not necessarily “material” and they don’t fight for financial success. Those who do, they have only one goal, to get rich. They are ready to do everything to become rich, including lying, stealing and killing.

There are many theories about the “spiritual” or personal development with their own explanations who is developed and who is not. For the religious believers, it’s enough that you are a believer and you are automatically spiritually developed.

In fact, neither one – “spiritual” and “material” are not personally developed.

Before I present you my list, let me tell you, that in the near future this false division will be gone. Soon, all religions will be ended, and the work, as the main value and base for the psychological development won’t have any value at all. With replicators and free food and other things, the economy of today will disappear as well.

People won’t work for survival anymore. They will create, but not for the money, but for their pleasure and the benefit of all. There will be some money exchanging in the transition period, later on, we will end the money too. 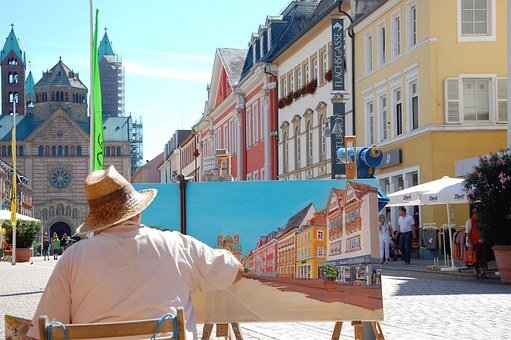 I use the therm personal development for the activities and exercises with which we become aware that we are Beings of Pure Awareness. As awakened ones, we express the natural characteristics of Pure Awareness, like Peace, Unity and Wholeness, Clarity, Transparency, Truthfulness and Integrity, Tenderness and Benevolence (they are the base for Love).

This personal development is not institutionalized and religious and is free from “Cosmis Laws”, the Prosecutor and Judge, Church and monks and nuns. In awakening, there are no commandments, bans, and punishments. A person is awakening alone or in the company of equal, equivalent and free people, and he is not superior or inferior to no one.

He doesn’t go to a cave, on the mountain or in the monastery to evolve, he develops living his life, releases all harmful behaviors, awakens and lives as Being of Pure Awareness.

Another difference between “spiritual” and psychological personal development is that the awakening ends with the stabilization. As we know there are people who are spiritual their all life and they are still undeveloped, hostile and harmful to others.

After we move from the false, shattered and harmful Ego personality, we stabilize in the Pure Awareness, and we stop practicing. We live as awakened and we express our natural characteristics of Pure Awareness.

A: Who is not personally developed? He, who:

1. Is self Important – he thinks that he is more worthy than others, is narcissistically bragging, underestimating, subordinating and abusing others. He acts as the Master.

2. Is Pity one – he thinks that he is less worthy than others, he pities himself and complaining about everything. He is the Victim.

3. Lives in fear are unsettled and lost. He feels anxiety and has panic attacks or is strongly worried. Even without the obvious reasons.

4. Is sad and mourns, is lonely, misses other people and things and is disappointed.

7. Is addicted to people, substances, actions, and objects. Drinks alcohol, smokes and drugs. In any amount and for any reason.

9. Is lazy, greedy, corrupted, envy, resentful, vengeful, hurtful, jealous, gossiping, ashamed, pessimistic, ironic, cynic and sarcastic, two-faced and heinous, selfish, arrogant, bluffing and posing, offended and affected, hating him and others, nationalistic, chauvinistic and racistic, competing to be better than others etc.

10. Is not able to use the mind deliberately. Thoughts are always running and jumping in his head, and despite that, they are upsetting and frightening him, he can’t stop them.

If you have only one of the listed harmful behaviors, you are not personally developed. You are not yet Aware who you really are and you still harm your self and others. In invite you to start evolving. You will be amazed by your true Beauty as the Being of Pure Awareness, Love and Wisdom. 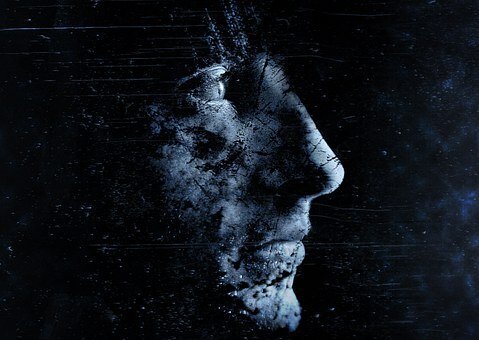 B: Who is personally developed? He, who:

1. Released all shattered partial personalities and their harmful behaviors or Ego as false and harmful personality, awakened and stabilized. He is One and Whole.

2. Doesn’t dramatize and problematize himself, others and the Life. He doesn’t see Life as a problem and he doesn’t solve It. He lives It as It is in truth, as Life.

3. Is Aware that he is Aware Being and he lives as Being of Pure Awareness.

4. Is not reactive anymore. Awakened is always Peaceful and Joyful regardless of the events and other people. Nobody can provoke, upset or anger him.

5. Is a Source of Love and he expresses it by will whenever he wants.

6. Is honest, speak the truth, only the truth and nothing but the truth.

7. Is nice, friendly and benevolent, always, everywhere and to everybody.

8. Is completely free. He is not addicted to objects, substances, people or actions. He is freely floating in the Pure Awareness.

9. Can use the mind as any other tool. If he wants to think, he uses it, when he finishes, he stops it. Most of the time, and for many hours, he lives in perfect inner silence, which is his natural state. Without any effort or exercise. 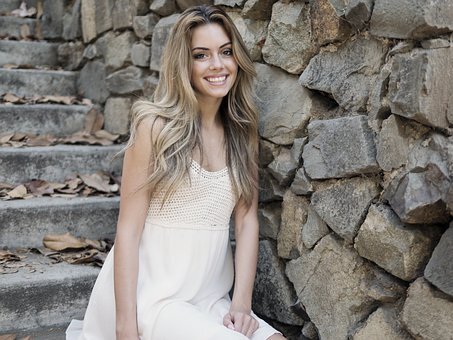 If you have all the characteristics above, Bravo!, you are personally developed. If you have only one or more, you are evolving. Go on!

I suggest that you print both of the lists, stick them on the wall and roll up your sleeves:)

Some of them can benefit you as a preparation for the real personal development. Using only them, you won’t develop.

The same goes for Buddhism. I know that many think that Buddhists are very spiritually developed, but they are not.

Buddha mixed up two Things that are not mixable:) They are the Awareness and the Energy.

That is not true.

Awareness is Awareness and Energy is Energy. Energy includes all material worlds. They don’t mix together, let alone that one is disappearing in another. The Existence was never created, so there is no “Source”, from which anything would come out in getting back into it.

The Existence is eternal and Everything is all the time at its place. We have limited perception and we think that things are appearing, changing and disappearing while in fact, they are all the time at their places. They don’t change and they don’t disappear.

Buddhism can benefit you as a preparation for a real development. You have to release it to start truly develop. If you are a Buddhist, I invite you to check my words. Practice my exercises for the awakening for 3 months and you will see the difference.

Let me tell you before the end, that the karmicons wrote the script for your life, in fact for your incarnant, and not you. They also wrote that your incarnant will live “spiritual” or “material” life.

The karmicons don’t write scripts so our incarnants and we would “spiritually” or personally develop. They force them and us to live in limitations, which are causing us suffering. When we suffer, we produce negative energy which they use as food.

Our team is already changing their scripts and we are ending their violence. We are very successful on the planet Palki. We have changed most of their scripts. We will do the same on Earth.

Every time when you move to the Pure Awareness, you immediately exit the karmic script as they didn’t write it. They want us to be unaware, ignorant, mind-less and violent, so they can abuse us.

I suggest you try it right now, exit and change the karmic script for a bit. Let’s go.

Now, you are in your natural state of Pure Awareness. You will notice that your mind stopped in a second. You will become Aware of the perfect Peace and immediately feel much better and pleasant.

I invite you to personally develop and evolve, release your partial personalities and their harmful behaviors. With the exercises for the awakening from the 1. Book of Letters to Palkies, you can get it on Amazon:

You can read the basic exercises for the awakening in my article How to become Wonderful Being of Pure Awareness on:

I also invite you to subscribe to my free awakening newsletter for personal, partnership and family development, and you will get 2 nice gifts:

First day you will get a free e-book Where are Don Juan and Carlos Castaneda?

The next day you will get the superb exercises for awakening and releasing your harmful partial personalities or false Ego personality.

P.s. Question and answer. Do I have to release the religion to truly personally evolve? Yes, sooner the better:)