Awakening and preparation for the enlightenment and ascension. Part 1 and Free Book.

Prev
Next
Book
Awakening and preparation for the enlightenment and ascension. Part 1 and Free Book.

There are many similarities and same-ilarities between Toltec system and my model for awakening with some differences with terms, approaches, and accomplishments.

Both have the same intention, to save your own bare life and to become a free and sovereign light being.

First and the lesser difference is theoretical. Don Juan presents the Toltec cosmology as the work of 3 forces. The Source from which comes the Eagle, the Owner of life and death, and Intent who influence and decides about everything. Maybe even about the Source and the Eagle?

Intent could be just the Will of the Source, or the Eagle or completely independent Force who directs Everything.

The second difference is that by a Toltec myth about the Eagle says that person who the Intent chooses for the warrior candidate might succeed, enlighten, transform to the real warrior and fly pass the Eagle as a light being to the freedom of Unknown. All others will die. After their death, the Eagle will devour them with their life experiences. What will happen with them after that, Don Juan didn’t say.

My explanation of the Existence as Everything that Is is different. I see the Toltec cosmology just as a part and variation of the Creator’s myth which is false.

Intent or Spirit or some Force which is supposed to direct everything doesn’t exist because the Existence is not a person and has no intent whatsoever. In Existence, Everything already happened and is happening at the same time so we are just experiencing Everything that already Is.

Intent means that somebody intends something. The Existence intends nothing It just exists. That’s also the reason that the faith doesn’t exist because there was nobody before the Existence who would determine the faith of the things to happen in the future.

I know that Don Juan which is generally describing the Intent as the Force behind everything in one discussion said that Intent is not intend-ing anything and that intent is just a relationship between It and Everything.

That is a known philosophical definition by Husserl who said that intention is a relationship between the awareness and the object.

But the Toltec Intend who is behind Everything and directs all and even chose the candidate for the warrior studentship is not just a “relationship”. That is a concrete action that consists of a plan, intention, and execution.

Also, the unbending intent is a very important personal characteristic of a true warrior which will use to go all the way and reach the final transformation.

The Existence is not coincidental either as didn’t happen coincidentally and from Nothing. The Existence just exists as It is. It will be forever as It is, the Same. Lucky is It is so gigantic that is almost infinite.

We have limited awareness and perception we just think that things are appearing and disappearing. Because we don’t have them we want them and that’s why we intend them to have or to experience. We do what we can to get them.

In fact, there is already Everything that Is present, and some of our wishes are already fulfilled and some are not. 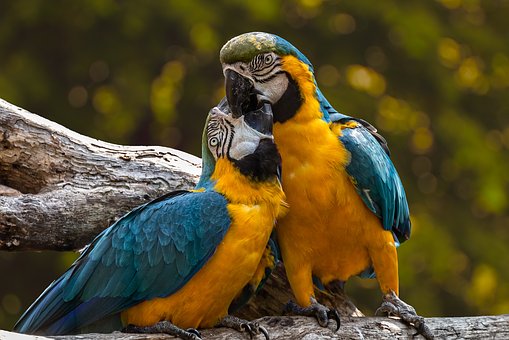 With expanded awareness and perception we would see it easily. Then we would know what we already have and we wouldn’t want it anymore. That’s how Existence lives.

Our personal intentions are just expressions of our limited awareness and perception of the Existence and Everything that already Exists. We want and intent things only because we don’t know if we have them or not. If we would know that we already have them in the future we won’t want them. I repeated that intentionally:)

We can easily drop the Toltec Intent as some “Holly Spirit” behind Everything.

There is no selecting the candidates for the awakening, enlightenment, and ascension in my model. That is already known in Existence. If you want to know if you will awaken, enlighten and ascend, try it. If you will, you will, if not, no.

You can try more times:) or exactly the times you have already tried in the future.

Here is another characteristic of Existence. Let us say that today you don’t want to awaken, enlighten and ascend, but in the future, you have changed your mind and succeeded. Things will happen exactly the way to bring you to what already happened:)

Emphasis is on the word “changed your mind”. Some things go straight, some around the corners, but all together go always just ahead.

The awakened are not warriors. Don Juan says that warrior is fighting his ego besides other 4 enemies, fear, clarity, power and old age. When he beats them all, he wins.

The awakened we don’t fight against anybody and anything and we rather just release all harm peacefully.

Here is one of the important sameness in Toltec system and my model. Don Juan and his warriors were not into the mystic and magic as dramaturgical techniques for storytelling and the bigger dramatic effect.

They were interested in one thing only, how to transform into a light being and free from the planetary prison. They were extremely practical, active, decisive, consistent and thorough.

This is a reading from the e-book “Where are Don Juan and Carlos Castaneda?” You will get it for free when you subscribe to a newsletter for awakening, personal, partnership and family awakening on