What is the difference between the Ego and the personality? Part 2 of 2.

Prev
Next
Awakening
What is the difference between the Ego and the personality? Part 2 of 2.

If we want to describe something as false, we need the point of Reality as a base field. For Buddha only the Consciousness (Awareness) and nirvana were Real. Nirvana is a Buddhist state of bliss which is attained as a reward for the right life after the births and deaths cycle.

We have to know that beings in so-called nirvana or in higher worlds with higher frequency without violence, which makes life much more pleasant, live in concrete energy bodies. A being can’t live without an energy body, so higher beings live in energy bodies.

Pure Awareness is not being, it’s just Awareness. The person who has Awareness and body is impossible to separate from the body so he would live just as Awareness. Buddha said that energy or material world is just an illusion and emptiness. That means, and by the same definition of the emptiness of energy world, the higher worlds or nirvana is also empty and illusory:)

In fact, that is not true. Awareness is not empty, it’s full of Awareness, and Energy is full of Energy. The Existence is Real and eternal. Because of our limited perception, we see things appearing and disappearing, but in fact, they are and they will be forever present in their own places.

Obviously, Buddha didn’t know that the Existence is eternal, and that All is ever present and nothing is disappearing or changing. We, with our personality, unawakened in harmful Ego, awakened in Aware, whole and loving personality, are eternal and we will never disappear from our place. How long we live and how long is our timeline in eternity, that is another question.

Buddha thought there is only Now, this moment and that everything else is disappearing. What would happen when he would come to the end of these “moments”? Would then Everything disappear and he will be the only one alive?

The Now is, in fact, the Eternity of the whole Existence at once and simultaneously. Question is, how much of It we are aware and able to perceive.

A visitor from another planet says that Buddha didn’t know a natural personality, but only harmful Ego, so he described it as harmful, false and to be removed. That is the reason that he claimed that only Consciousness is Real and that we as personalities don’t exist.

We can’t live without the personality in energy and physical body as we need it to perceive ourselves and others, to create, to express and communicate.

Buddhist claim that we don’t have personalities and that our ideas and feelings that we are persons are only illusionary imprints in the Consciousness.

Obviously, they don’t know that there are no imprints in the Awareness because that is not possible. Awareness is not material or energetic matter to imprint anything in It. It’s just Awareness, a special state, and nothing else. All “imprints” or physical, energetic, mental and emotional phenomenons are part of the Energy or material part of the Existence.

Buddhist are obviously blind as they use senses like sight, hearing and touch for the perception of the Energy and matter world to perceive Awareness. For “watching” the Awareness (actually we can’t see It) we have to use the only sense with which we can perceive or more accurate be aware of It and It’s characteristics. That is the attention, It’s own mobile and limited part.

We are dual beings, beings of Awareness and Energy. We also have a physical body and mind as an energy tool for thinking. 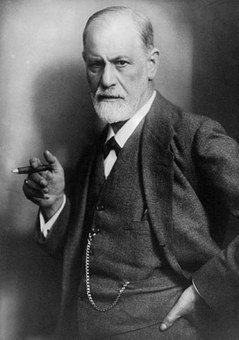 The Ego is also part of the Freud’s 3-part pathological personality. Pathological means that Ego person is mostly unconscious (unaware) (I use the term conscious only for specific energy in which the personality can develop and live) and he lives as combination of internal instincts, urges, impulses, fears of Id or unconsciousness, and outer societal requests, pressures of parents, authorities, Laws and rules or with one word SuperEgo.

By Freud, in this 3-part personality monster, only the Ego is “conscious”. The other two, Id and  SuperEgo are unconscious. A person uses Ego or better Ego uses person:) to cruise somehow between unconscious Id and SuperEgo.

He is under constant pressure from “below” and “above” and he uses different tactics to control the requests of the unconscious Id and SuperEgo, to fulfill their wishes and commands and stay alive. That is the Art of the Ego:)

Life in the pliers of two unconscious forces is unnatural, that’s why Freud call it pathological. The mentioned Ego tactics are mostly so-called mental illnesses, as for example obsessive-compulsive behavior for controlling the chaos and trying to make some kind of order. Funny, so-called psycho professionals call that kind of behavior “disorder”:)

For Freud, the ordinary person is mentally ill. That’s why he said the Ego must come to the place of Id or unconsciousness (and to the place of SuperEgo as well) to conscious both of unconscious parts of the personality, neutralize them and heal itself for the autonomous and free life.

Let me introduce you real, natural, whole and healthy personality. 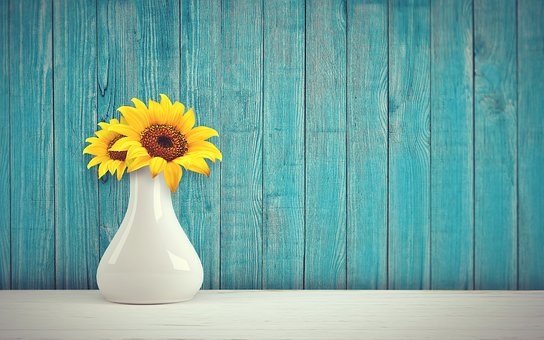 Personality is our personal and original way of life which we use to express our understanding of the world, us and others. With our specific personal behaviors, thoughts, words, emotions, and actions we create and communicate.

Awakening is releasing the identifying with the Importance and Poorness, partial personalities and their harmful behaviors or simply releasing the Ego as false Self.

With awakening, we release all partial personalities and their harmful behaviors. At the same time, we abandon Id or unconscious and SuperEgo. Some of the unconscious will stay, but only biological processes of the body, while all the emotional and mental instincts, urges, impulses, fears, obsessions, illusions, perversions or in Freud language pathological unconscious will disappear forever.

With the releasing of the old, false and broken Ego “personality” we create a new, real, loving and beneficial personality with which we live as awakened and Aware Being. We use it to pay bills as well:)

With the exercises for the awakening, you will learn to use the mind as any other tool, stop it at will and be in the inner silence for hours without breaks.

Read more about the awakening and exercises for the awakening in my articles on https://www.letterstopalkies.com/ and in my books Letters to Palkies Messages to my friends on another planet.

I invite you to subscribe to my free awakening newsletter for personal, partnership and family development, and you will get 2 nice gifts: Exercises for the awakening and a free e-book Where are Don Juan and Carlos Castaneda? Subscribe here: https://www.letterstopalkies.com/subscribe-to-a-newsletter/