Priest Rupnik: God’s commands are meant to be broken

Prev
Next
Religion
Priest Rupnik: God’s commands are meant to be broken

The series of emails by Neale Donald Walsch to recipients in god’s name is briefly interrupted by a new and innumerable series of Christian clerical sexual abuse. This time the Slovenian priest, Mark Ivan Rupnik, sexually abused nuns, not children – as far as it is known, as is the centuries-old and ugly custom and habit of the Church. The sheer number of sexual abuses all over the world, which the Church tries to deny and hide, raises the simple question of whether the Christian Church is a religious organization at all, or whether it is in fact a criminal organization for the sexual, mostly homosexual, abuse of children, young people and nuns, falsely presenting itself as a kind of church.

The Church, in its classic duplicitous habit, tried to deny Rupnik’s sexual abuse (they refused to even listen to the abused nuns), to hide it (to protect the priest from the state courts), to relativize it (by lying that the allegations were untrue and inflated) and to portray it as time-barred. The Church has not succeeded in such manipulation, as more and more nuns testify about Rupnik’s sexual pressures and abuses. Now even the Jesuits have begun to call on victims to come forward. The main reason for such appeals is to intercept the abused nuns before they can tell the public more about Rupnik’s orgies, which smear the Jesuit order to which he belongs, and threaten them to keep quiet or god will punish them and send them to hell.

Rupnik can be said to have been active both at home and abroad, sexually abusing nuns in Slovenia, and also in Italy. He was a true Don Juan among priests, having allegedly abused at least nine nuns in Slovenia. He is said to have made god-pleasing religious wall mosaics, but behind the walls of the monasteries, he created sinful mosaics for Satan the Tempter, the Father of Sins, by sexually abusing the nuns.

Let’s take time to sin, and then I’ll absolve you quickly.

As a privileged servant of god, the priest has the right to confession and absolution. The priest understood such divine service to mean that he could first call the nuns to sin, absolve them, and then grant them indulgence. If they refuse to sin with him, he publicly scorns them for being bad nuns, blackmails them with their confessions of sin when they confessed to him in the confessional, and, to top it all, makes them backslide in faith. If they give in to his selfish and predatory pressures and kneel before him in oral sin, he praises them for being good believers and then rewards them with absolution. In the process of confession, they must first confess that they have sinned:

The nun (still panting, red in the face, and heavily wrinkled): “Father, I have sinned.”

The Reverend (smiling, filming the nun with one camera on his phone, and taking a selfie with the other camera): “I know, sister, I know.”

He may record the confessions on his phone, later uses them to blackmail the nuns for new sins, listens to them in his cell and masturbates, or even lends them out and sells them to other priests for fat money. The only question is whether he has also recorded the sexual abuse of the nuns, and if so, where are the recordings?

Part of the pressure and coercion to sin is the manipulation and promise that god wants the nun to accept his seed gift and that this is their joint service to god. This is part of the predator’s drive and the religious sexual fantasy, but the other part is the “rational” part (there is nothing rational about religion since it is a belief in fictional beings such as gods, angels, and devils), which is activated when the hot instinctive head cools down and starts thinking with the Bible as the religious mind of all believers. Then comes the sexual hangover, the awareness of sin, the feeling of guilt, and the desire to confess, repent, and be “cleansed” from sin. This means, of course, that Rupnik and many Christian priests interpret god’s commands as commandments that you can break and sin, but with the proviso that you then confess and do penance, or are appropriately “punished” with, for example, three prayers. The focus is of course on the sin they enjoy, they mutter a quick confession and do penance with a few myfathers and hailmaryies, and then it’s time for another sin. The “religious” life of the priestly sexual predators is thus “from nun to nun, from sin to sin, and a little with god in between”.

The priest had delusions of grandeur and a God Complex

Let us listen to the nun Anna, who recalls with a lump in her throat Rupnik’s violence against her (for the nun’s safety, her name has been changed):

“The robber forced me to do things I never wanted to do in my life. He was violent towards me, he hit me. In his eyes, in his voice, there was the conviction that he was untouchable. He abused me, he abused my trust. I was submissive. He enjoys his power and his respect. He is sure that no one will doubt his good faith.” Source: https://www.portalplus.si/5064/cerkev-ii/

Sexual predators, and predators in general, imagine that others are their property and that they can do with them as they please. If they happen to resist, refuse to submit to them, and satisfy their desires, they become very violent.

“Anna, the fictitious name of a former Italian nun of the Loyola community, who is now 58 years old, spoke to the newspaper in question. In the interview, she told her nine-year story of agony about the sexual, psychological, and spiritual violence she allegedly suffered at the hands of Father Ivan Rupnik.

“The first time he kissed me on the mouth, he told me that was how he kissed the altar where he celebrated the Eucharist, because only with me could he experience sex as an expression of god’s love,” is one of the phrases that Father Rupnik allegedly said to her.

Even then, in the 1980s, he was a star among young Slovenian Jesuits. “He had a strong personal charisma in explaining the Gospel and a marked sensitivity in identifying people’s weaknesses. He immediately understood my fragility, my insecurities, and the fears I had.”

Rupnik wanted her to be his model and asked her to pose for one of his paintings. “It wasn’t difficult to accept and undo a few buttons on my blouse. For me, who was naive and inexperienced, it was just helping a friend. He then kissed me lightly on the mouth and told me that this was how he kissed the altar where he celebrated the Eucharist. I was stunned: on the one hand, I wanted to run away, on the other hand, Padre Marko encouraged me that I could live this reality because I was special and it was a gift that the Lord had given only to us; that only with me could I also live a physical belonging to god, without owning anything, in freedom, in the image of Trinitarian love.”

In the summer of 1986, they met again in his studio, where, she said, Father Rupnik again wanted her to undress and let him touch her. But then she refused and Rupnik attacked her with very harsh and vicious words, saying that she was worthless and that he wanted to break off all relations. Fearing that she would lose him forever, she decided to put her doubts aside and trust him completely. “In the beginning, Father Marko slowly and gently infiltrated my psychological and spiritual world, taking advantage of my insecurities and fragility, while using my relationship with god to encourage me to have sexual experiences with him. At that point, the feeling of being loved… turned into a demand for more and more extreme erotic games in his studio at the Collegio del Gesù in Rome, while he was painting or after the Eucharist or after confession.”

Even though it is clearly stated in the media that Anna is not the nun’s real name, one of the fervent believers and supporters of the Church accused her in a comment under the above article that she is only seeking media fame and attention with her statements. This is also one of the typical Christian tactics in defending sexually predatory priests, blaming and accusing the victim for their sexual abuse, not the perpetrator.

It should also be said that nuns are not sinless either, as there are several known cases of nuns abusing, beating, and even killing children.

Front out, back in

A priest was excommunicated in 2019 for absolving a nun whom he had sexually abused but was then taken back because he repented. He said “sorry” and then went back to hunting nuns. What kind of ex-communication was that, it was just a publicity stunt. Out the front door to show the public that they are a serious company, and back in at the back door, because he is their man, colleague, and co-sinner.

The Church could have portrayed Rupnik’s promiscuous sex life as something positive and said, “well, you see, not all priests are homosexual, some are normal”. As far as is known, Rupnik abused only nuns, i.e. women – whether he also jumped into the backs of men or young boys and girls is not yet clear. 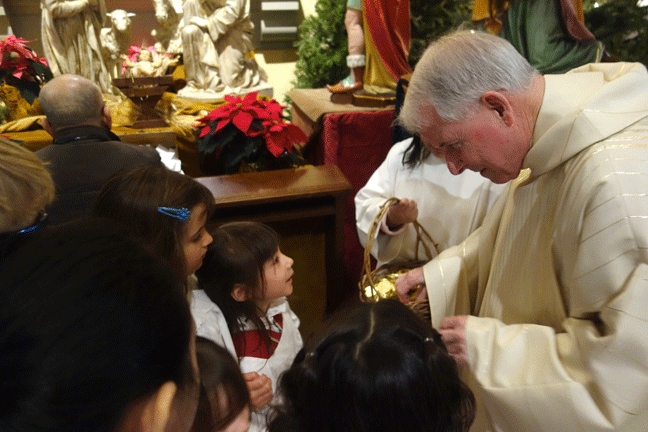 If you are religious, be careful what you say to priests during confession, because they can record your sins and then use the recordings to blackmail you financially and sexually. If you are unbelieving, continue to be wise and careful, and do not take anything from priests, let alone sweets.