Let me say straight and clearly that all forms of violently altered and distorted body and gender identities are gross karmic violence and perverse human experimentation. It is very important for this topic that you understand that same-sex and homosexuality are two completely different things and that even in so-called homosexual relationships, for example with male “homosexuals” and female lesbians (lesbians are not in quotation marks because it is not a misuse of sexuality as in the case of “homosexuality”, which means “homosexuality” as a sexual relationship of two males or females which doesn’t exist at all), it is, in fact, a heterosexual relationship between a man and a woman who are in the bodies of the same sexes.

“Homosexuality” is no different from any heterosexual couple dressing up in two costumes, for example, male or female, except that in this case the costumes are living bodies. 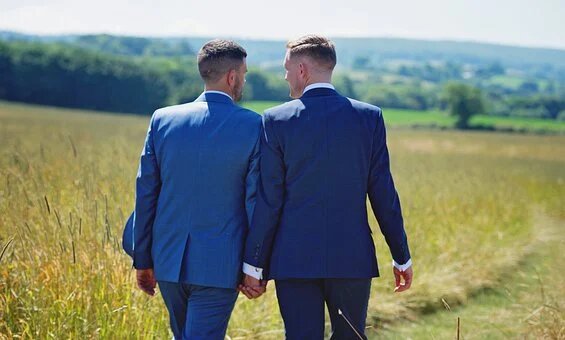 The next time you see two gay men or two lesbians holding hands, know that they are a man and a woman in same-sex bodies. With this behavior and understanding, all tension, intolerance, and hostility towards the victims of pre-programmed karmic violence could be dissolved in a matter of days. I suggest that you are among the first to stop being disgusted, angry, and violent toward people who have been violently physically and sexually disfigured but to welcome them with kindness and friendship, like all other persons and couples. If you know any such person, couple or group, send them a link to my articles, as they will benefit greatly from knowing the truth. Thank you.

Now let us see how the karmicons have forcibly restricted and mutilated many people’s bodies and distorted their gender identity by, among other things, forcibly inserting theirs incarnates into the physical bodies of the opposite sex.

What does the acronym LGBTQIA+ stand for? 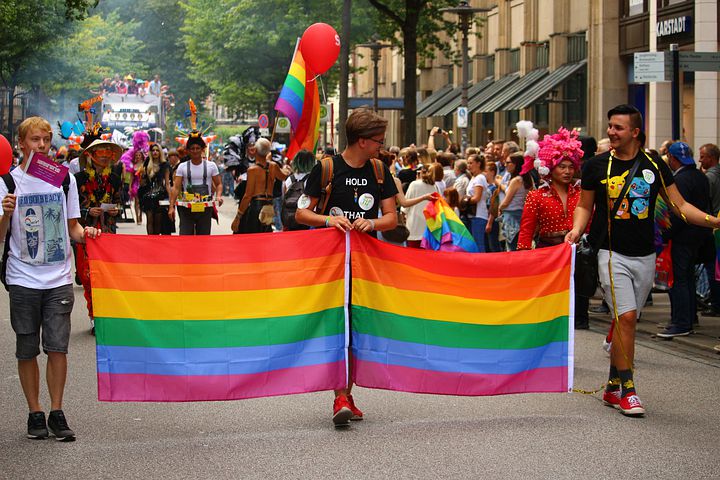 4. Transgender – a person with a sex other than birth sex and often wish to change their physical sex through surgery

5. Queer – not heterosexual, but non-binary

6. Intersex – born with sexual organs that do not belong only to men or women, e.g. bi-sexual, men with ovaries and women’s breasts

8. + – all forms of gender identity and sexual orientation not yet defined

The question of gender and sexual identity is also a question of the natural and the unnatural, the distorted and the perverted, the good and the bad, the divine and the diabolical, the normal and the abnormal, the healthy and the sick. Apart from the karmic violence against the incarnants and consequently against the people into whom the incarnants have incarnated, there is nothing wrong with these persons apart from the distortion of their natural, bodily and sexual identity. LGBT people are not bad, sinful, cursed, and criminal people simply because of their violently altered identities and bodies, and should be treated equally like everyone else.

Some people are bothered by people on the list above, others are not. Crossthians and other religious believers, right-wingers, and neo-Nazis are very intolerant, intense, hateful, and violent towards LGBT (shortly), harshly condemn and despise them as sinners, abnormals, and even Satan’s abomination.

They see them as mentally ill, sinful and damned, and fight them by all means. Although they present themselves as believers who are supposed to “love their neighbor” according to the Bible, they hate and despise them. For right-wing reactionaries, the above personal forms of experiencing one’s body and sexual identity are also mental illnesses. For them, only heterosexuals are healthy, as god created them, and all others are cursed by god, sinful, sick, and Satan’s scum – as if god, according to their own idolatry, did not create all humans and also Satan …

Let me add to the above forms of gender and sexuality transhumanism, which unites man with technology – some people already have chips, for example in their hands, which they then use to open doors.

If you put your sinful hand on yourself, your hand will wither and you will go blind.

»The very first Egyptian god was Atum, who created himself. He had no wife, so to beget his children, Shu and Tefnut, he masturbated.

The earliest record of Atum is mentioned in the Pyramid Texts believed to be inscribed by Pharaohs of dynasties five and six) and the Coffin Texts.

It is believed, In the beginning, there was absolute zero. A mound of earth rose from Nun (nothing) and upon it Atum created himself.” (Source: https://worldhistory.quora.com/What-is-a-historical-fact-that-we-do-not-usually-hear-very-often)

Anyone can see that much of the Bible is copied from other sources. It is common knowledge that Jews and Christians also stole 25 December from previous religions and declared it Jesus’ birthday. Otherwise, it was on this day that the goddess Isis gave birth to the Holy Child Horus, the Egyptian god. Interestingly, Isis was also a virgin, as was Mary the Immaculate Virgin. Coincidentally? Not a chance. Straight stolen plagiariat.

The pre-Christian God Mithras – called the Son of God and the Light of the World – was born on December 25, died, was buried in a rock tomb, and then resurrected in three days. By the way, December 25 is also the birthday of Osiris, Adonis, and Dionysus.” (Source: internet)

Yes, Mithras was also buried in a rock tomb and rose after three days of death. Which of the gods was not born on 25 December?

In ancient Greece, you were a faggot first and a real man second

In Ancient Greece, homosexuality was popular and represented a normal stage in the development of young boys growing up, who were in relationships with older men as teachers and mentors. The term “faggot”, which is used today as a pejorative, originates from this time.

“The most common form of same-sex relations among elite men in Greece was pederasty, which means ‘love of boys’. This was a relationship between an older man and a young man growing up. The boy was considered a “boy” until he grew a full beard. In Athens, the older man was called erastes.” (Source: Internet)

As long as young boys were bare-bearded, they were symbolically girls who were attracted to older men. When they grew beards, they became men and were no longer sexually attractive to other men (beard on beard was not an option), so they too turned to younger men who were still boyish-looking. Homosexuality was thus like a compulsory school that young boys went through in ancient Greece. To become real men, they first had to get to know older men sexually. This ancient and socially acceptable educational practice was changed by the Christian Church, which, under the Roman Empire, abolished the Greek religion and many other customs, including the school of pederasty. The Church did this only up front, but behind the duplicitous façade, it has kept the old custom alive, with about up to 80% homosexual priests, who have covertly and even violently continued throughout history to ‘educate’ young boys and children alike, and continue to do so today.

P. S. If you know any LGBTQIA+ person, couple or group, send them a link to my articles, as they will benefit greatly from knowing the truth. Thank you.