Prev
Next
The Karmicons
Solar Report Number 3: the Karmic Council is finished (2/2)

New and super technology for help to inhabitants of the planets

Some time ago, I suggested to our space friends to develop a program to keep a record of all the Palkies, and link it to the karmic record of all the incarnates, installs, implants, hybrids, and orbs that have come to that planet. These are all people from other planets who have been forcibly transformed into light beings of various sizes and incarnated (incarnants), placed near other people (installs), implanted into other people’s heads or energy bodies (implants), temporarily fused with other people (hybrids), and/or reduced to small round energy beings of yellow color by the karmic masters, and settled on the barren and grey planets with the tunnels in which they live (orbs).

Orbs, unlike others, are also free to move around other and especially dream worlds. I first heard about them in Carlos Castaneda’s book The Art of Dreaming, which taught me how to lucid dream. Don Juan describes orbs as inorganic beings and wrongly implies that they are negative. This is not true, of course, because orbs are just people from other planets. Of course, there is a possibility that there are also negatives among them, but most of them are quite ordinary people. If you know to lucid dream, you will, or you could be able to meet them, as we have already found most of them and sent them home, and identify them by the simple fact that they do not fit the picture. If you see ten pairs of sunglasses on the floor, you will know they are orbs. If you bend down to pick up a tennis ball or a coin, and more of them immediately appear, you will know that orbs have come to visit you. 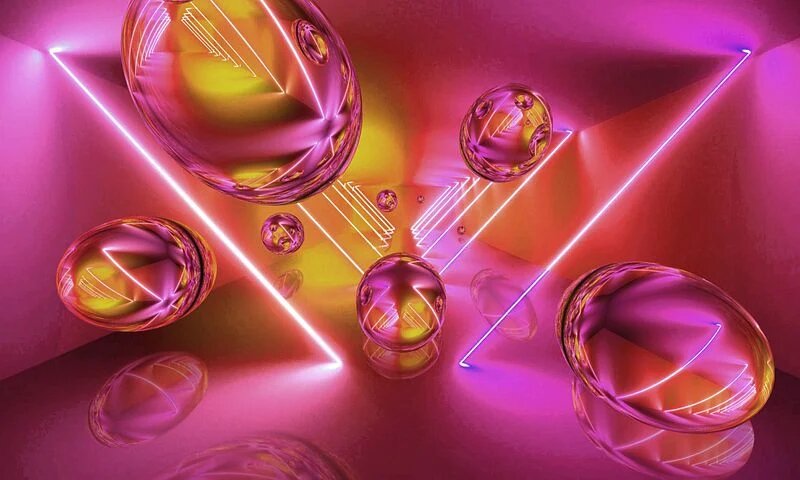 We’ve also added the ability to view karmic scenarios to the new technology. I suggested that they try to remove illnesses, injuries, and other harmful experiences, and actions in the future from the karmic scripts in advance. If this was not possible, they could set the program to automatically and pre-emptively lift a person who has or will have an unpleasant and harmful experience in the future off the planet ten minutes before the event, thus preventing the karmic program from being executed. When the evil passes, the person should be brought back immediately.

With the new technology, we will also have a comprehensive view of the number of Palkies, gender, location of residence, and information about their marriage or singleness status. Some have been removed from the planet, leaving their partners alone. Others have refused the offer of a partner because they live in criminal gangs. Their suggested partners are waiting for them but they do not come forward to contact them.

We are already using this technology very successfully to scan for and find criminals and thugs, weapons, cigarettes, alcohol, and drugs.

We will also send this technology to our partners who manage their galaxies to be distributed immediately to their solar systems and planets. On Earth, we will also use this technology in planetary development. We will immediately see who is living healthy lives that benefit everyone, and who is harming themselves and others. From day one, we will begin to uplift Earthlings and give them new, young, healthy, and beautiful bodies. With this technology, we will instantly check them before lifting them up, and know immediately if they are criminals and harmful persons, and/or if they smoke, drink and do drugs.

Criminals and other harmful persons will be lifted off the planet, but they will not get new bodies but will remain in isolation on the spaceship. We will not give new bodies to smokers, drinkers, and drug addicts because they would continue to abuse and destroy them. We will give all slow suiciders the chance to quit immediately. After a month, we will check them again, and if they are clean, they will get new bodies. Those who continue with harmful behaviors, I assume the majority will continue to destroy themselves, will be gradually transferred to gated communities for awakening. If they refuse to participate, they will be removed from the planet and will return years or decades later. Let me also make it clear that there are no cigarettes, alcohol, or drugs on board the spaceship. 🙂 In developed societies, beings do not harm, destroy or kill themselves or others in any way.

First removed from the planet Palki are coming back

As part of the return of removed criminals, harmful persons, and offenders, we have rejuvenated the first Palkies and are preparing them for their return. I have told our space friends to put all those removed into decades, age groups. I assume that many of those removed from the 10 to the 20-year group were homeless, runaways, or sent away from home, and were gathering in street gangs only because they had nowhere to go. If they stole, they did it to survive. Some of them may have stolen nothing or very little, so we chose them as the first to return. We offered two of them rejuvenation, and return to start with, and they were immediately up for it. One was 18 years old, the other 14 years old; we rejuvenated them both to four years. After a successful rejuvenation, they are both very happy, playing with their peers and waiting for their return. We have set up a new project at Palki called New Parents, which aims to find new, kind, friendly, and loving parents for all rejuvenated, physically changed, and personality-transformed returnees. We will also find suitable partners for all returnees. If they are not among the existing children, we will create new children, around two years old. This way, we will all have new children in the future anyway.

We have also started a new project with our space friends to create doubles. There are not equal numbers of men and women on the planets, so we can’t find a partner for all of them among the existing population. On Palki, with a population of 700 million, we have removed from the planet126 a thousand criminals and harmful persons in three and a half years, 83 thousand of them are Slovenians. 🙂 Slovenia on Palki has 100 million inhabitants and is the most developed country on the planet. Their Ljubljana, which is by the sea, has 10 million inhabitants. Almost all of those removed are men, so the number of potential male partners for women has been reduced by that much. To some extent, we could make a connection between the currently living and the revived, but there is a big difference between the people living today and those who lived 100, 500, 1 000, and more years ago. To give everyone suitable and loving partners, we have started a project with the working name “doubles”, so that we can find suitable partners for all women and, if necessary, for all men.

Millions, perhaps hundreds of millions, of Palkies, already have doubles on Earth, and perhaps even triplets on other planets with whom they already share their lives. The Palkies know this, so they will easily accept new doubles. We will select the most educated, talented, and capable youngsters, aged 14 or 15, and create duplicates from them. We will change their appearance, hair color, eyes, etc., and match them with single girls or women and boys or men. From the point of view of the simultaneity of Existence, these “doubles” are in fact real, original, and independent persons, with the only difference that their life begins at the age of 14 or 15 and that they share a part of their life with other persons. If they wish and agree, they can also share their parents and family, and live together until they are 18, when they will get a million euros and their own house to move into with their partner.

Dear Earthlings, all this is waiting for us on this planet too. I look forward to the karmic blockade being quickly lifted, and to you too getting new, young, healthy, and beautiful bodies, a loving partner, a million euros, a new house, and other wonderful gifts, and to finally living in peace, friendship and love.

P. S. I will send you the fantastic business offer for interplanetary cooperation with Palkies shortly.

P. P. S. What will you say to your double from another planet if you have one when you meet him? 🙂

Read more about the fantastic future waiting for us after we end the karmicons blockade of Earth in my book series Letters to Palkies Messages to my friends on another planet. You can get Book 1 and 2, and my other books on Amazon:

Dear friends, help me save my home, and I will reward you greatly