The psychiatric evaluation of the president of the USA, one Donald J. Trump (S/USA)

Prev
Next
Awakening
The psychiatric evaluation of the president of the USA, one Donald J. Trump (S/USA)

I wrote to the author to publish this excellent paper on my page and asked him about Trump’s mental health recovery chances.

»Thank you, you are very nice. In a twisted way, he is unconsciously trying to personally develop, and to become good by blaming noncomplying others to be bad. I have a couple of questions for you. If this would be just a movie in which Trump plays the main role, regarding the identification theory, would the screenwriters be the same as him, or even more twisted, projecting their fantasies to him cleaning and “healing” themselves that way or even using him as a puppet to sadistically enforce their perverted way of being and doing as the right one? What kind of person would intentionally do that to a man? In a religious variation, what kind of god would create Trump by his image:) What kind of therapy would you suggest to Trump? How long would it takes for such a person to improve and fully recover, if possible, or is it too late? How would you counsel his wife and their son? Are they in danger? Thank you for your answers, and all the best to you.« 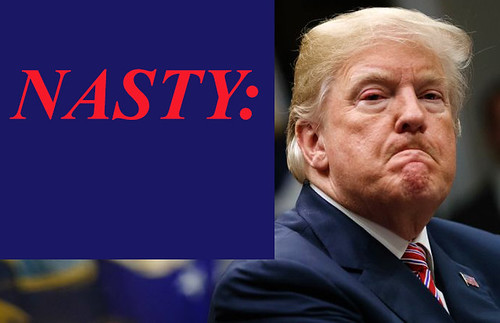 »Borderlines are notoriously hard to treat as they are so very rejection sensitive. I know of no reported cases of successful treatment. As for your interesting literary speculations, I’ll leave that to you. My greatest worry for “Our Mad King Donald” is self-destruction when finally cornered and out of escapes, like Herr Hitler. Best wishes to you as well! Gregg«

Here is the definition of Borderline Personality Disorder from https://www.helpguide.org/articles/mental-disorders/borderline-personality-disorder.htm

“The 9 symptoms of BPD

Similar to most of the general population:), and together with strong narcissistic pose ideal for the president of the USA:) 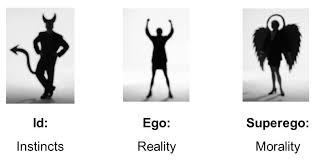 By Freud, humans are 3-parts personalities with SuperEgo, Ego, and ID or unconsciousness. SuperEgo and ID are unconscious while Ego is the the conscious part of personality who somehow cruises between unconscious order, discipline, and obedience demands of SuperEgo, and unconscious ID and Its instinctive impulses, suppressed and forbidden wishes, needs and urges. If SuperEgo and ID dominate over Ego, It starts to develop so-called mental disorders. By Freud, personality psychopathology starts in childhood and develops and expresses in adulthood. The author of Trump’s psychiatric evaluation says that the same happened with the president. According to the psychoanalytical theory, Trumps SuperEgo (his internalized maniacal father) and ID (unconscious and extreme selfish wishes, needs, and urges) did not just overtake him, but they literally crushed him:)

There are also other opinions about personality and personal development. For the religious cross-thians, a person is good and normal, when is faithful, and bad and abnormal, if don’t believe in god. By this explanation, Trump is a sinner like all other cross-thians. God punished him for Adam’s expelled from paradise, and for Jesus’s death, by leaving him alone as a child without a mother, and with a rude, violent, and obsessed father, and destroyed family. To pay off his debts to god, he condemned him to a life in which he will be personally undeveloped, uncertain, narcissus, paranoiac, and notorious liar. He also charged him with living in a golden tower, to marry a fashion model and president of the USA. If the first sentence is a kind of punishment, the second looks like a kind of reward:)

According to patriotic, and mostly religious explanation, and for the uneducated Americans, Trump is a hero, savior, and father of the nation. Paradoxically, the uneducated who are by Trump’s dictionary common losers are supporting him who uses every chance to mock and curse everybody who is not as successful as him:)

Trump thinks that he is god.

Important persons who think that they are more worthy than others have, together with all narcissistic delusions, the idea that they are gods. I read on the internet that:

“A god complex is an unshakable belief characterized by consistently inflated feelings of personal ability, privilege, or infallibility. A person with a god complex may refuse to admit the possibility of their error or failure, even in the face of irrefutable evidence, intractable problems or difficult or impossible tasks. The person is also highly dogmatic in their views, meaning the person speaks of their personal opinions as though they were unquestionably correct. Someone with a god complex may exhibit no regard for the conventions and demands of society, and may request special consideration or privileges.«

And like so many mental disorders, it’s not entirely known what causes it, though it’s thought to be rooted in either excessive pampering or criticism from parents or a genetic predisposition, and it typically affects more males than females beginning in the teen years or early adulthood.«

Not knowing the cause of this and many other mental complications don’t prevent them to »heal« them:) The »cures« they like the most are psychiatric drugs for which they are heavily bribed by the pharmaceutical companies.

Another question answers itself:)

»Do psychopaths have a God complex?

Psychopaths enjoy the power they feel knowing so many lives and people’s futures are in their hands. It’s the God complex—a psychological fantasy when someone perceives themselves as superior in every way to everyone else, and rules are for mere mortals.«

I will turn this question into a logical continuation:), does god has a psychopathic complex? And the answer is the same as above:)

According to psychoanalytical theory, Trump runs from the devil (violent father) in him trying to be better and the best, god. But, because he is doing it the harmful way, he is becoming an even bigger devil:) 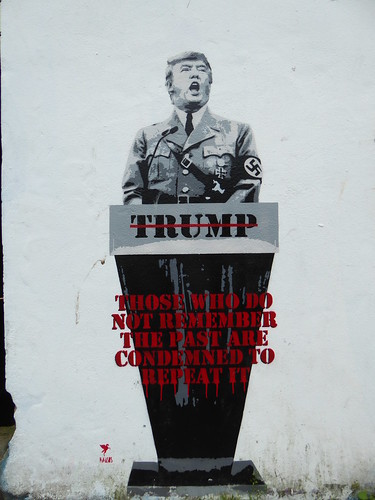 Trump in the mirror of narcissistic self-complacency

Let’s take a look at Trump’s portrait in the mirror of narcissistic self-admiration.

I found this description of narcissism on the internet.

“What are the 9 narcissistic traits?

Nine Signs and Symptoms of Narcissism

Despite saying 9, there were only 8 traits:) So I added the ninth from another page:

“A big sense of entitlement,” says Newman. Narcissists often don’t believe the rules apply to them. This can present itself as being disrespectful to people who warrant a lot of respect, like authority figures or national heroes. They’re also the type of people who will make you bend over backwards to accommodate them and then act totally unappreciative. “You could plan an entire event around this one person’s schedule and then they might not even show up,” says Newman. “It doesn’t even occur to them that they just pissed everyone off.”

I will add to those characteristics that narcissistic persons are very selfish, they lie, pretend, mock, envy, arrogant, cynical, and sarcastic, fantasizing about their superiority over others, are obsessed with power and success and addicted to praises and respect of others. As we can see, Trump, the president of the USA, and many other presidents, politicians, managers, and leaders are perfectly fitting the profile.

Read more about the awakening and exercises for awakening which will help you to easily personally develop and ready yourselves for the new, natural, and wonderful life in my book series Letters to Palkies Messages to my friends on another planet. You can get Book 1 and 2, and my other books on Amazon: