Prev
Next
The Karmicons
New Age is Satan!

Every day there are more and more channeled gods and every person can choose his own. The phenomenon of the channeled religion is that all of that different and many gods are one and the same:) Despite the obvious fact every one of them has his own and very distinctive and specific way of expressing that is individual. But, they are true believers and just a different style of writing won’t deceive them:)

But they know that all of them is One and Only who speaks all languages and writes in all styles:) So that His children can hear Him at least in one of them:)

Some of the crossbreeds as Doreen Virtue, one of the main representatives of the New Age and channeled religion, are leaving this holy mixture and returning to the orthodox fundament of the cross and firm biblical commitment with Yahweh:)

Doreen, lost in the swirl of New Age business which she co-created found Jesus again. The cross is her holy compass to the god. Lord, have mercy on her, she sinned:)

Doreen was known for the angel’s tarot cards readings. She now claims that those and other cards are dangerous and that the demons are behind them. The meditation is dangerous too, and that is a known statement of the cross-thianity church.

reports that Doreen claims that the whole New Age movement is a hoax. Who would know better than her as she co-created it:)

New Age is Satan himself, the Snake who tempted Eve to the Sin.

»Virtue’s newly reconfigured the website now espouses Christianity as the true path, Jesus as the only true savior, and the Bible as the incontestable authority of truth itself in the spiritual realm.«

Doreen says that Yahweh is holy, merciful, loving and righteous and that he must punish the sinners.

Why he created them sinful in the first place? So he can punish them now:)

Whenever there is a debate over the logics the cross-thians try to stop it with a prepared statement. To think about Yahweh, let alone analyze him and his acts is a mortal sin itself. That’s why they say: “Strange are the ways of god.”. Then they think that they understand him:)

Doreen published the list of dangerous New Age theories and practices. Among them are aliens, ascended masters (they are really nasty:), astrology, and numerology, yoga, and meditation, hypnosis and Law of Attraction, Harry Potter (he is very suspicious to the priests as he is introducing people to the magic), channeled messages, crystals, horoscopes, magic, etc.

Shortly, everything that a modern man is doing at least once a day:) Joking.

There is a question of what is beneficial and harmful and for who. For the Good ones, the Good is Good. For the Evil ones, the Evil is Good.

For the thief, the stealing is good as he benefits with it. For the robbed one is harmful.

People can believe to lies as are religions and gods and they think that that benefits them.

Situations can be even more complicated because they could leave the criminal life, violence, alcohol, and drugs for religion. Now they firmly believe that their and only their religion is the best one. That is not the truth. They could release the harmful behaviors without the religion as many others did. The question is are they now that they have released one harmful behavior ready to release another one as is religion:)

Dear believers, the karmicons wrote in the scripts of your incarnants that they will be religious in these lives and you are now praying instead of them:) What would you say if I tell you that soon you will be massively and very quickly abandoning the god’s boat punctured with lies that will sink deep down to the bottom to accompany other karmicons lies and hoaxes? Never! You can scream, grab the cross, sharpen it and threat the unfaithful:)

I and we saw it all on planet Palki. Exactly that will happen. When I sent them the message about the religion of division they realized from their own experiences as they were incarnating for thousands of years that it is the hoax. They remembered that before every incarnation the karmicons told them where they go, who they will be and how long that life will last. 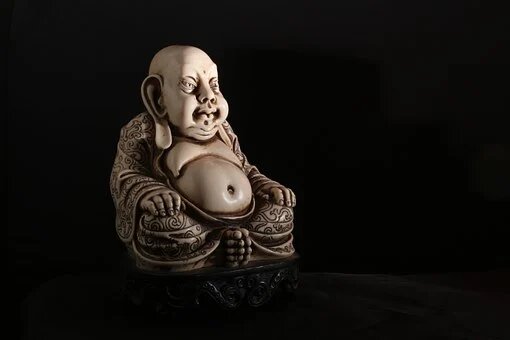 That’s why the religions are almost gone on Palki. In January Sanja told me that in Mecca, the center of Islam, they are intensively preparing for the final shutdown of their religion. If you ever heard for Islam, then you know what that means:) If they have closed the store:)

It will be the same on Earth. Earthlings don’t have personal experiences with the incarnations so you wouldn’t realize the truth personally. Those who lucid dream or will learn to will find out the name of their incarnant and confirm the existence of the Karmic system and incarnations will understand that the karmicons are behind all lives and all the religions as well.

Some will believe without proves because they will like the theoretical logic, others will be indifferent until nobody is implicating them in the affair:) And some won’t believe even the hardest proofs. Fanatic believers. To understand the religion, one must know that the faith in invisible is more important than personal experience.

Jesus told them to leave their own lives, grab a cross and put it on their sinful backs and march after him. They shouldn’t believe themselves and their personal experiences anymore and they must believe only to the bible, Church and priests.

Let me remind you, brothers:), I tell you that the karmicons wrote all the bibles of this world. After my ascension, I will have access to all the scripts of all people on Earth.

Among others, I will publish the names of incarnants of so-called holy ones and scripts for lives of Budha, Jesus and Mohammed so everybody will read them with their own eyes and see the truth about the karmicons “holy” hoax.

I will find and invite their incarnants to come to Earth and tell you that the karmicons have prepared the incarnations for their “holy man” roles.

Expect that some will not believe them because since they watch the biblical god they mustn’t believe their own eyes anymore:) They say that you can not serve two Masters at the same time, your wisdom and god:)

Important warning. When so important New Agers as Doreen Virtue is returning to cross as something solid:) it can mean only one, the end is near:) The end of the world is here, run for your life:)