Prev
Next
Awakening
Rise, my dear friends, wake up and live!

Do you imagine to live in Death?

You fall in sleep in you don’t wake up anymore. You sleep, but you are not aware of it. You sleep the sleep without any dreams. Forever. Death takes you everything, even awareness that you are dead. You are dead, but you don’t know that you are not alive anymore. That is Death, who would take the Life too, if She could, but can’t because It is Eternal. Death would die before She would kill Life.

Slovene painter Zoran Mušič represents his life in Nazi camp Dachau on one of his drawings One without the coffin. This is a superb presentation of Death which takes you everything, and of Life, who want to live forever. The camp prisoners were already dead, they were just waiting to be killed. As live corps they lived in Death. Zoran tried to keep his life with drawing so he would live forever on his drawings. Life has only one wish, to live! To live forever.

On the drawing, we see five naked dead persons. Four of them are in wood boxes, one lies near without the coffin. We see persons who are not there anymore. Their corpses are proof that they are not alive anymore. They are here, but they are not. Life is gone, only Death is present. Death, who lives the lives of the dead.

Wooden boxes represent human bodies. The dead one without a box is double and finally naked. He has no life and no box. In fact he represents an energy being who flew out of the body coffin. Life Itself. Despite being dead, he represents a living man who survived body death and it’s free now. The other four are trapped, and imprisoned in the coffin graves, while he flies freely. The others are dead, he is alive. Life Itself draw that drawing to show that It always survive Death and Lives forever.

Dear Zoran, I am glad that you will wake up again, and live your life. This time forever.

Life is eternal. Death is just final, and lucky us, just temporary. After forced incarnation and after the birth, the karmicons switch to the awareness of incarnant. They murder him temporarily because he is not aware of who it is, where it is, and what is he doing here. In the moment of his murder and in the same consciousness, a new, original, and independent being start to form. A new life of a new individual. He will live all his life while incarnant will sleep through all of it in sleep without dreams.

The same way they temporarily murdered incarnant and then revived him again, it’s possible to revive all that have ever lived and been heinously second-death murdered. On the planet Palki, we are reviving daily dying persons together with dead who died thousands of years ago.

“I liked to live very much.”, said one of them who returned to the planet.

All, who were revived, are very happy about it. Palkies are calling them kusto, I say to them: “Welcome to all, who have survived the Night.”.

Our lives end by the karmicons scripts who were written for our incarnants, beings from other planets. For the karmicons, we are not real beings. We are just live costumes for their drama roles, 5., 100. or 2.000 incarnation, just one of their previous lives.

In 2018, we extracted all incarnants from all Palkies and send them home. We did that before their death so now they live simultaneously, Palkies and their incarnants at the same time. By the false karmic theory and practice, that is not even possible, as they claim that Palkies are just incarnations of other persons and not real beings. By separation of the two, incarnant and Palki, both real beings, we proved that the Karmic organization is lying. We proved that all of us are real, original, and independent beings. Our space friends revive all who die by the old karmic scripts in seconds. After that, they can live as they want. No karmic script for them anymore. No negative karma anymore. No false and forced karmic debts for the acts of other and unknown beings. Palkies don’t have to die anymore. Never. They can live forever now.

Do you imagine to live in Eternity?

Prepare to as Eternity is already opening Its doors to eternal life. 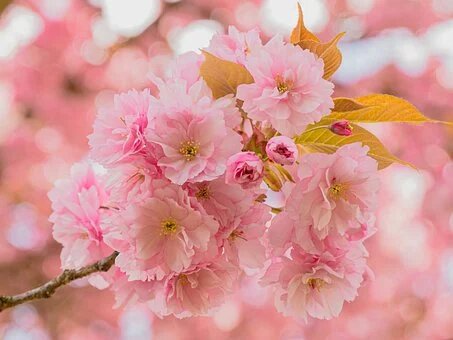 P.s. Let me call alive too, the unawakened, who are sleeping awake. Wake up, dear friends, and live!

I invite you to read my book series Letters to Palkies Messages to my friends on another planet and find out how we ended the Karmic organization on the planet Palki together with Death Itself. Our Palkies are already living in Eternity, Earthlings will live your eternal life too.