Prev
Next
The Karmicons
Joker: Oscar to the killer clown

For them, we are not real beings. They claim that we are just incarnations of some other beings from other planets. They wrote the scripts by which we have to live for them and their incarnations, and not for us. As one of the many channeled gods said in his message to humanity, Heavenletters god, ‘your life has nothing to do with you’.

We can learn about the author from his work. About the karmicons, we can find out a lot from their Evil acts. On Earth, we can see their vision about humans. Limitation, poverty, illnesses and harms, criminal, violence and wars, pain and suffering, aging and death.

Our lives are their perverted and manifested fantasies in which they sadistically torture us every possible way.

They give Oscars to themselves and to their perverted delusions. By the rule, Oscars goes to the heaviest tragedic life works of the Martyrs. They are the best art successes of Martyrs Heroes or Poor me Important I’s.

This year, they gave the Oscar to their ideal man, to the perverted parody of the human, to Joker, and to their ideal parasitic family, to the Parasite. The late had to got it as the karmicons are the cosmic parasites that feed on the negative energy of host suffering. They awarded themselves for their parasitic role on our planet.

By the Law of Evil, which claims that Evil is Good, they split us into two halves. One of two, they pervert, infect and corrupt to Evil, to the shadow side. Along with the many limitations, poverty, illness, and violence that is the reason that we suffer and produce negative energy as their food. When they eat, they want to have fun too, so they make a fool out of us.

Joker: to the full crazy

Joker is a story about the coming of age and karmic study on how to make a role out of a human being. Joker is a movie in which a person becomes a role. Only then, he is an ideal man for the karmicons. Only a clown is a real man:)

He is the karmicons Frankenstein. He made a new human from the parts of the dead persons. The karmicons are also mad scientists who experiment with humans. Unlike Frankenstein, they crash the natural, whole and alive man and schizophrenically split him to Dr. Jekyll and Mr. Hyde. By their karmic formula 50:50, Evil and Good, Joker and Phoenix.

For the karmicons, Joker is our ideal I, our best half, says one of the visitors from another planet. Ecce homo, behold the man.

Joker is an archetypical prototype of the ideal man – orphan without the father, his foster mother is crazy, he can’t remember his childhood, he doesn’t know his father, uses psycho drugs and works as a street clown. Alone, separated from everybody, and lost. Ideal.

Impoverished, limited and lost, we all are easy prey for the predatorial karmicons. They can easily control and abuse us. That’s is why they made us this way.

Besides they feed on the negative energy of our suffering, they use us as fools for their fun, says one of the visitors from another planet. For the bread and circuses:)

Joker’s laugh is obsessive behavior for controlling unpleasantries and superficially and obsessively creating a safe environment in which he tries to fully control himself, events and others.

When he seemingly laughs, he actually cries. Hysterical laugh is, in fact, a perverted cry. He is not natural and can’t cry, so he laughs.

Laugh is a perverted mask behind which he is hiding his desperation about him and his life. At the same time, the karmicons are growling through his big and bloody mouth saying: “You are our fools.”.

In the movie, Joker is not a real being, he is just a role, a clown. He has no personal history, memory, childhood, and youth. He is also without a father as a symbol of the “Creator” god. And even his mother is not a real one. He is just a movie character.

As a civilian:) or an ordinary man, he is Nobody. Only when he transforms into a clown, he becomes Somebody. He is just an empty character. Only madness, later on, will fill him with sense or nonsense and turn him to a real man or better a clown.

As a clown, he won’t be a man anymore. He will take off the role of a man and leave it behind. As an ordinary man and a good clown, he was too lost and weak. As a killer clown, he is a real man.

Joker is crushed, split and separated

Joker is a good example of separating a man from everything important for his healthy and good life. He is separated from his unknown father and loving family and he lives as a bastard with his mother. For the karmicons, we are all just bastards, because we are not real beings. Our parents are also just characters for their perverted drama plays.

During his clown work, street gang separates him from his advertising poster, they beat him and humiliate him. They separate him from the job of the street clown as he will lose his clownhsip because of the lost poster.

He is separated from his friend coworker who first sells him a gun and later betrays him to the police.

To emphasize his bastards, they gave him a father for a moment, but only to harshly take it away. That is one of the favorite karmicons dramaturgical procedure.

If the karmicons are Evil beings, how come that there is also some good on this planet? It is, but only to be destroyed. They give you, but only to take you away. With this heinous act, they destroy your will to live and force you to suffer in disappointment. Then they feed on you suffering.

Joker is separated from the society as he has no relatives and friends. He is all alone.

During the day, he is a street clown, at night he tries to become a stand-up comedian. Instead, to laugh at his jokes, the audience laughs at him. Even without the clown costume, he is still just clown. This is how the karmicons scriptwriters separate him from his business career. 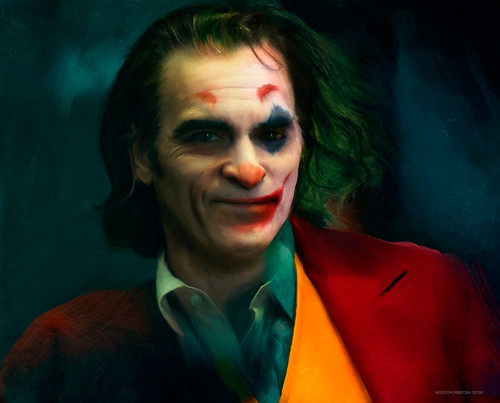 During the TV show, he kills a host, De Niro, who was mocking Joker and his stand-up show. With this public kill, they separate him from anonymity, says one of the visitors from another planet. He is now known as a killer clown, a real Joker.

To make him completely mad they separate him from the psycho drugs with closing the social service project. With the drugs, he was controllable crazy, without them, he will become a wild fanatic. Exactly as the karmicons need him for their show:)

Joker is further separated from the rest of his mind, as he becomes crazy. His mind was the last barrier on the twisted way to the ideal man. When he gets crazy, he is ready to go to primary school for professional fanatic. That‘s why they separate him from the freedom at the end of the movie and put him to Arkham.

Arkham is an asylum for the criminally insane. In fact, is a karmicons school for perverts. As they say, you become a real criminal after you leave the prison:) Gotham as a city full of perverted criminals presents planet Earth as the karmicons stage for their horror show. 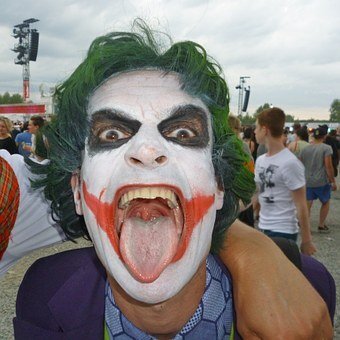 With that maneuver, the karmicons crashed the good clown once again and split him into two parts – to Good and Evil. He looks like a funny clown, but he acts as a killer clown.

That presents the obsessive karmicons need that we accept the roles of their characters as our real identities and their horror show as our real life. With their aggressive and perverted scripts, they are telling us that we are not real beings, but just characters. Only the clowns for their fun, and nothing else. 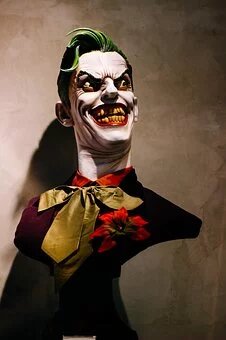 Joachim just accepted him. Joachim is just a Joker character in this life:) 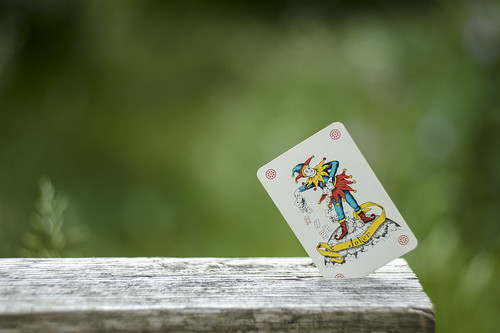 Joker is a card that can replace all other cards. For the karmicons, we are not real beings, we are all some sort of jokers or clowns or fools for their fun. that’s why they gave an Oscar to all of us to further entertain them as jokers:)

From the character to a Real Being

I am the first man in this cosmos and first Earthling who successfully managed to step out of the character for my incarnant and become a Real Being. With the help of my space friends, we pulled out of me my incarnant Fedja Mironovič from planet Palki and sent him home in 2017. Fedja returned home almost 22 years earlier then his incarnation by the karmicons script would end.

I also helped my girlfriend Sanja from Palki to pull out of her her incarnant Jasna Burzovski from planet Brot. In the autumn of 2018, we pulled all incarnants from 700 million Palkies and sent them home.

With the ending of the Karmic organization in this solar system, we will pull all of the incarnants out of the Earthlings as well. We will give you new, young, healthy and beautiful bodies. With that, we will completely change the karmicons scripts and their Evil game.

Without your incarnants, you will step out from the karmicons characters and joker clown roles, become Real Beings and have much better lives.

Read more about the Karmic organization and karmicons and how to get out of the character and become a Real Being in the Book series Letters to Palkies Messages to my friends on another planet. You can get the Book 1 and 2 on Amazon:

First day you will get a free e-book Where are Don Juan and Carlos Castaneda?