What is new on planet Palki?

Prev
Next
Book
What is new on planet Palki?

Let’s jump on Palki! There is a lot of news. First, special news for all Americans and Canadians.

Our space friends have moved the USA and Canada to a new place and now they are on the same one as on Earth. Remind you that before the Big Move they were both inside the Slovenia and in Europe.

They moved also England, Ireland and Scotland from their previous positions at the south of Europe and under Slovenia to the exact place as on Earth.

Jac told me, that that was The Dream of Americans to go out of Europe and to be alone. And from the February 22, 2019, they are living it.

They left the Slovenia and Europe alone because Mexico as a part of northern America and Hawaii are still in the south of Europe.

America in its old place inside Slovenia was mostly continental. It had a seaside on the east side but it was very rough with rocks and cliffs and impossible for living and tourism. Now they are a new continent and island with the sea all around. Our space friends changed the configuration of the land itself and it’s now much more nice for living and creating. 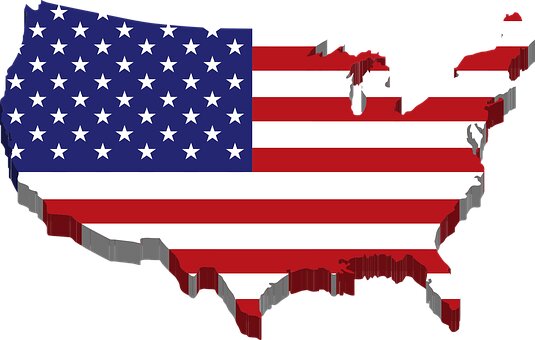 America and Canada were not the only ones to walk to new places. Space friends moved to England, Scotland, and Ireland to their new homes as well. They are approx. at the same position as on Earth. They were also continental before among other European countries in the south of Europe and without a drop of the sea. Along with America and Canada, they now learn how to sail:)

We started with planetary geological changes in December 2018. Sanja told me that space team is moving, enlarging, downsizing and dematerializing mountains, seacoast, rivers, and lakes. She said that there are hundreds of new photos and comments on the internet daily about new looks of the countries. They moved the Kilimanjaro mountain in Kenya, Africa, for two kilometers!

In my plan, I wrote our space friends to make a big change in Slovenia, too. Before it has a very long 3.500 km west coast with hills that were preventing any kind of living or tourism. There were no cities and houses. I told them to level the whole coast and make the larger beach on the planet. And they did it! And much more.

Part of my plan was to create there new cities and communities with family houses so we can move all that were living in city building cages. Spacers surprised everybody and started to teleport down whole new cities and family houses ready for the living. They are continuing with citying and housing project all around the planet Palki.

In a new way of life, all Palkies will have their own houses. After moving people from city apartment buildings to new homes they will dematerialize all emptied city buildings. Cities will change their look and they will become much smaller.

We will keep only historical and architecturally important buildings, the rest will be dematerialized or moved to the Valley of cities. We will move there some of the religious objects, churches and similar karmicons machines for the enstupidment of people.

When new cities started to materialize on Palki thousands of them were rushing to see the space miracles. That was the first time in the planet’s history that some foreign objects came down to the ground.

Shorty after new cities and houses were on the planet our spacers started moving people to their new homes. I heard that they moved all Transilvanes, Romanians on Earth, to new places. Can you imagine? The whole country is now living in new space cities and houses.

This is a part of the 2. Book of Letters to Palkies Messages to my friends on another planet. Here is a Table of content.

The awakening of the Earth has started!

What is new on planet Palki?

Unawakened are just shadows without the people*

Unaware, but not forever

Washing machines that think that they are beings

Truman Show and Matrix or how to get out of the movie and stay alive?

Letters to Palkies yet to send

You are not your mind, you are a Wonderful Being of Pure Awareness

What happens when we fall in sleep?

We are closer to the miracles!

P.s. America on Palki is completely different than on Earth. After my transformation into a light being, I will bring the map of Palki so we will compare the two planets.