And where are Don Juan and Carlos Castaneda today?

Prev
Next
Awakening
And where are Don Juan and Carlos Castaneda today?

Carlos died of liver cancer in 1998. Don Juan and his group who transformed to a light beings left the Earth many decades before that.

There were only two options for Carlos after his death. Don Juan as his mentor could come and lift his frequency and take him with him to their planet.

In the second option, the karmicons intercepted him, forced him to review his life and after they switched him off they switch on his incarnant who returned to his home.

Unbelievable, I had a chance to ask Emi about Carlos but I didn’t remember to.
I asked her about Don Juan and she checked with the help of special technology with which you can quickly find anybody in this cosmos.

With Emi, we didn’t talk as we talk ordinary so I couldn’t ask her everything that I wanted. I could ask her but she couldn’t answer because she was under the karmicons control.
It is incredible that she had told me anything at all. I assume that some friendly beings have temporarily and partially blocked the karmicons control so I could find out some of the very important things. That’s why her answers were very short, just a couple of words altogether.

Emi found Don Juan and his group in a minute. 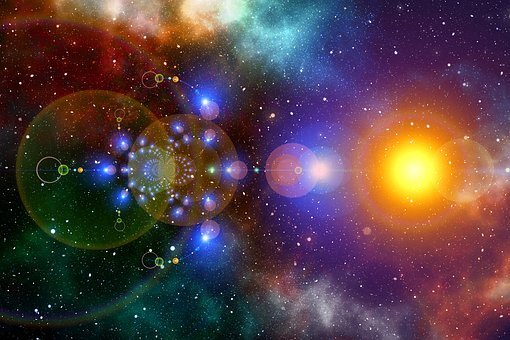 Don Juan is now Semuin, that’s his new name. Emi told me that there are many of them, not just the group that left the Earth. They live in solar system Munta on planet Narin. They called the technique of self-transformation to a light being Čibulka (Cibulka, Cibulca, Chibulka or Chibulca). They called the saga, a long story of heroic achievement, about the warrior’s way to the final transformation, Trupi.

The Earth is literally the slaughterhouse and that’s the reason that one said that nobody comes out alive from here. In fact, they all come out as they survive the 1. death and forcefully live for a couple of months and reviewing their past life.

Then the karmicons switch them off and switch on their incarnants who return home. Nobody survives the 2. death or more precisely, all that has been switched off until now stayed deactivated.

After my revelation of the Evil, lying and deceitful Karmicons organization we revived more people on Palki. For the starters, we returned some children and youth. Read more about them in Letters to Palkies.

Years ago I realized that everybody that ever lived can be revived again. We are already doing it and we will continue with it on Earth too.

We will revive only the good ones, of course. We will return Evils just for a short time to interview them and then we will transform them into different persons, this time the Good ones.

Emi told me that Don Juan and his group saw life on Earth like a deadly trap. Their main activity was to find the way out of this trap. Lucky them they have found it, they transformed to the light beings and flew to the freedom.

When Sanja and I ascend we will check where is Carlos Castaneda. If Don Juan didn’t take him to his planet he sleeps in the consciousness of his incarnant. In that case, we will extract him, revive him and return to Earth if that will be his wish.

We will visit Don Juan and publish the book about these fantastic beings who were able to transform them to the light beings, leave the planet prison and move to their new planet.

We will make a movie and the series and invite Don Juan, his group and Carlos Castaneda to present their warrior’s lives. We will also organize a public school for ascending with the Toltec teaching.

P.s. I have all the reasons to believe that Emi gave me the right information about Don Juan and his new life.

As I said before, she provided all the information for the Palkies I met in lucid dreams and helped them or saw that they need help.

When I waked up, I called her to find their names and addresses which I gave to Sanja. She passed them to our teams to help the people in need and give them new homes, cars, money and everything they needed. Sanja confirmed that all the information from Emi was correct.

In September 2019, Mil came to me. I don’t know from where, maybe from Venus. Same as Emi, Mil used the special technology and gave me the information from the Palki’s dream world and Palki the planet. I asked him for more persons to check who was their incarnants and where are they now.

I asked him for Castaneda as well. His incarnant is David Obrocki, solar system Magenta, planet Asor, state Mel, city Sufut. He is a technician and manufactures mechanical equipment. That means that Carlos is sleeping in his consciousness in deep sleep without dreams.

I know that we can’t check this information. I assure you that a Karmic organization is really and forcefully incarnating people from other planets into our bodies and that after our death, life review and switch off, they awake our incarnant and send him or her back home.

After I and Sanja transform to light beings, we will give all the Palkies the karmic scripts for their lives, including the information about their incarnants. When we start working on Earth, we will give the same information to Earthlings as well.