Prev
Next
Awakening
Who are the karmicons?

there is a lot of buzz about the karmicons on the internet lately:) But, who are they, who are those Evil creatures and psychopathic sadists that are behind our lives?

The karmicons, their name means karmic-cons, liars and manipulators, are members of the Karmic-cons organization who is controlling our galaxy, our solar system, and our planet.

The Karmicons are the group of extraterrestrials non-humans and humans.
The Masters and owners of the organization are 100% Evil non-humans species as a different kind of reptiles, Flyers (Don Juan of Carlos Castaneda used this term) and hybrids.

They actually feed on the negative energy of the human and animal suffering and that’s why they created the Karmic organization in the first place. I have personally met two of the Flyers species, bigger black ones and smaller brown ones, the Aztefkians. I write about them in my books.

The second part of their organization are humans who are traitors to their own species working as servants for the Evil creatures. They work as members of the solar Karmic courts and Karmic counsels (every solar system has its own headquarters with these 2 main groups; in our solar system are on Saturn) and in the karmic centers on 4. D and higher dimensional planets where they organize the incarnations, implantations, and installations (more in my books).  Earthlings don’t go to incarnations so here are no karmic centers on the planet.

All politics, economy, law and religious systems on Earth are the karmicons tools to rule, control and abuse humans. 1% of elite and 99% of the working class is their symbolical representation of their Evil System in which they are the ruling 1% and all the rest are 99% of imprisoned slaves. Including the 1% rich elite:)

The karmicons are using the simple divide and rule approach to divide nations, religions, and people to create conflicts and make them fight for everything and get the profit from their misery dramas, fears, sadness, anger, violence, and suffering. Their profit is the negative energy from the suffering of the people and animals which they feed on. 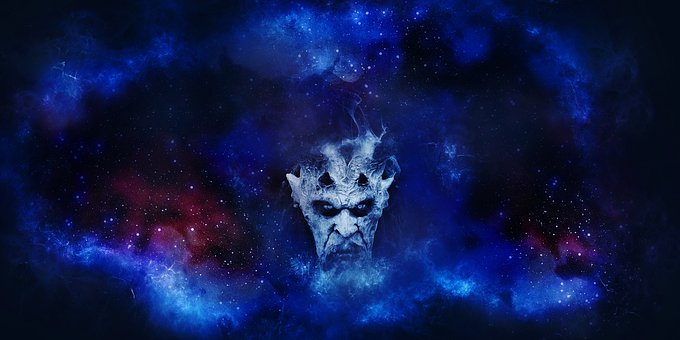 I know that this sounds kind of science-fictionally. Is there anything that you can check and confirm it with your personal experience? Yes, it is.

Learn to lucid dream and ask your “family members” what is your name. In fact, they are the family of your incarnant and not yours. You “read” them as yours because you share the same energy signature with your incarnant and your energy dream body recognizes them and translates them as “yours”.

You will be very surprised when they will tell you another name, the name of the person who incarnated in your physical body. Ask them more about this person and ask them how long is his incarnation and you will find out the length of your life.

In dreams, you can meet the black and the brown Flyers as well. I met in my dreams both of them, several times. I saw the black Flyers here more times too. They look like mantas (Manta ray), flatfish, but without tails and mouth. Brown Flyers, the Aztefkians, have tails. The black ones are without tails. You can see them here with the corner of the eye in the vicinity of a violent, sad and addicted people where they are regular guests:)

You can also read about the Karmic organization, Karmic Court and Karmic Counsel on the internet. The channelers are presenting them as “good people”, even as our “spiritual leaders”, who are “just” and giving good and bad karma for the “educational” purposes of the incarnants who are incarnating “voluntarily” to develop their “souls” and to serve all together to the “Creator” as His “parts” which He uses to “know” and “experience” Himself:)

Don’t be naive and don’t believe such stupidities. That is just a part of the Creator’s myth which is the base for all religions, sects and personality cults, and for the Karmicons organization too.

Lucky us, we are closing this Evil organization for good and for Good forever.

Read more about the karmicons, awakening and the wonders and miracles that are coming to Earth in my book series Letters to Palkies Messages to my friends on another planet. You can get it on Amazon.