Prev
Next
Awakening
The good karma is also bad karma.

Everything in the Existence is simultane and is happening Now and at the same time so there are no before and after, cause and effect, causes and consequences.

Also, there is no need to balance anything as Everything is already in its own configuration and State of the Existence. That means that karma is false, constructed and fabricated tool for the deception.

Karma is not a “common sense” thing, on the contrary, karma is the common-nonsense:)

It’s very and life important to understand that the Existence was never created and will never disappear because it is eternal.

The Karmicons organization is based on the false Creator myth about the so-called Creator who supposedly created Everything from Nothing.

Since we know that energy can not be created nor destroyed it’s obvious that Creator’s myth is just a big and »holy« Lie including all gods as “cosmic creators”.

The Karmicons organization are Evil beings who are using and abusing us. They force us to suffer and produce negative energy as food for them.

The analogy in the movie Matrix is perfect: people there were sleeping in the cocoons and they were used as batteries for the production of the electricity for the Machines while dreaming a virtual reality.

Here is similar, except that we produce negative energy, and more that 99.9% population is unawakened and live in oblivion and addiction to all kind of objects: alcohol, drugs, gambling, etc.

Karma is not natural and is just a karmicons “foreign exchange”, their dirty and bloody “money” they use to endebt and control us. It is their tool and leverage they use to hold us in prison. If you are in prison and you get candy, it is sweet, but kind of bittersweet:) because you are still in prison. 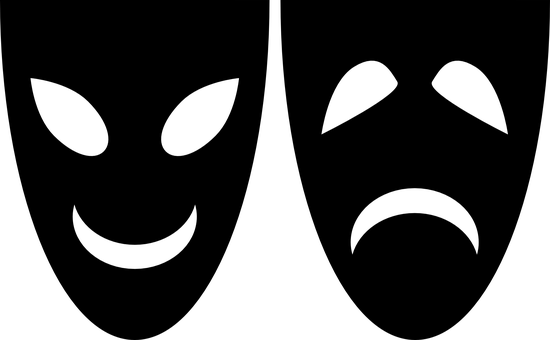 You can have a smiling theatrical mask on your face but it’s still just a mask:) I remind you that the karmicons don’t even see us as real beings. We are just live costumes for the incarnants, some unknown beings from other planets.

We are just masks for their drama plays. So, even if you get a good role of 1% elite, you are still just a puppet in their heinous and perverted game.

If you accept karma as an idea, “Universal balancing system” or even the “justice system”, you subordinate yourself to the owners of the Karmicons organization and their rules. They rule in their favor, not in ours. What that means for us, we can see in our everyday life. Limitation of all kinds, poverty, diseases, violence, harm, destruction and death.

And 99.9% of all are unawakened which means that they don’t know who they really are! The karmicons limited them to live objects who think that they are bad, sinful and damned and that they deserve the worst of the punishment.

It is true that there are some nice things too, but they are not meant for our happiness. They are here just for the contrast so the unpleasant things can be even more painful. They give us only that they can take it away from us and make us suffer.

But, firstly and most important, they decide about everything in our lives. NOT US, THEY! THE KARMICONS EVIL BEINGS.

As the golden rule says: “Who has the gold, makes the rules.”.

Is your life the way you want? I know that it isn’t, and I know that every single person on Earth wishes a different life. The karmicons could give us a nice life but they don’t. Why? Because they want us to suffer.

All karma is bad and Evil karma as is just a lie to enstupid, condition (you must obey, otherwise you will be punished) and abuse us. We don’t need karma and Karmicons organization to live.

The karmicons are liars. You can read more about them, their lies and deceptions in my book »Letters to Palkies Messages to my friends on another planet«.

Just a hint. We finished the Karmicons organization on planet Palki. The Palkies don’t live anymore by their Evil rules and they don’t have any karma anymore! Nor good nor bad.

Our liberation day is coming, our Karma Free life is near!

If you want to know more about the karmicons and the future of the Earth read my new book “Letters to Palkies Messages to my friends on another planet”. You can get it on Amazon.