Prev
Next
Awakening
The Karmicons Series (5/12)

today I am presenting you false karmicons teachers who pretend that they teach us Good with Evil. They are not teachers they are torturers. Planets are not schools but prisons.

Karmicons are lying that cosmos is unbalanced because of the Evil which in fact they themselves are producing. They claim that they take care of the balance between Good and Evil. That’s how they heinously enforce the Evil as something normal, necessary, useful and even urgent for our lives.

We are Beings of Pure Awareness in which there is no sign of Evil. That is our Truth. Evil is not natural, is not necessary and is very harmful and deadful.

Luck us we are now closing this Evil lesson for good and Good forever.

One can say that he is Teacher, Guru or Master but can’t play the role without a pupil, a follower or a slave. Karmicons need actors that will play their game. The call it »school« and lie again.

The Inquisitors were falsely presenting themselves as the law system. In fact, there were just common sadists torturing people. Karmicons, Inquisitors and sadists, all the same, are violent because of their personal need to torture.

They masked this perverted need into the karmic theory about the necessary balance between Evil and Good. 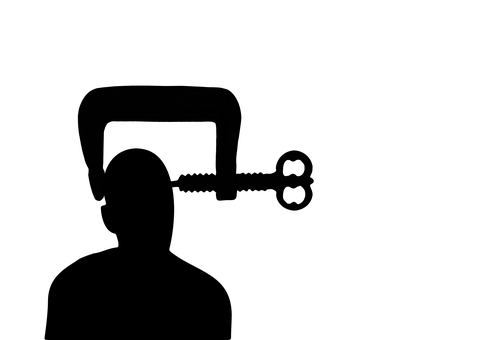 Even the greatest empires start with one person, his ideas, wishes, and needs. First karmicon felt the need for violence upon others. Violence itself is too banal, so he masked it into the »School«. Hi institutionalized his own need for violence and »legalize« it as »Spiritual School«. He presented it as the only right spiritual way and personal progress.

Some fall to his scam and allowed him he can, in the name of the false progress, sadistically torture them, too.

Karmicons formula of Good and Evil

One of the basics ideas of the Karmicons system is that cosmos is out of balance and they have to balance it. Cosmos is bad, and they must improve it. They are improving it by increasing the quantity of Evil to a minimum of 50%. if it’s only Good, it’s not good. Only when there is half of Everything Evil, it’s good. They put Good and Evil together and on the scale, 50:50, fifty-fifty. Only then the World is good.

People are also bad and out of balance because as natural they are not enough Evil. They improve bad people with forced incarnations in which they will do Evil:) Only then they will be good.

That is the same approach that so-called psycho »professionalists« use in collaboration with pharmaceutical companies. They are just »healing«, but they never heal the so-called mentally ill.

They claim that late are in chemical unbalance so they are giving them psycho drugs. When they are properly drugged they are »normal«. They balance unbalanced with drugging them.

That’s just a common scam as drugging is not healing. They just harm them more and throw them even more from the in-balance. First, they were only in »chemical imbalance«. Second, they drug them. After that they are twice out-balanced:) 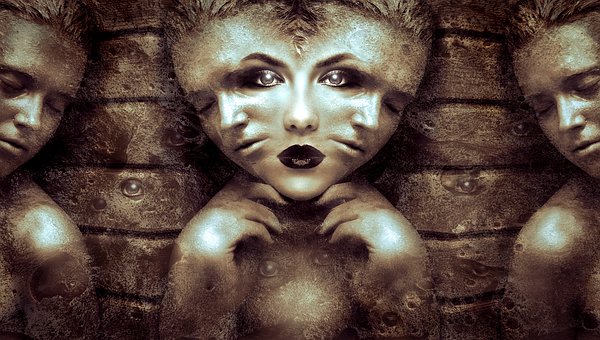 »Psycho professionals« are the same as karmicons.

They don’t care for our development; they are just after violence and feeding of the negative energy. Pharmaceutical companies are capitalistic and profit-oriented organizations. They are »progressing« their profit and not health.

They are sellers and not healers.

They like to scare »mentally ill« that they must take drugs regularly and in large quantities till the end of their lives. They are legal dealers and this was they get a customer for life. One of their favorite sayings is: »We will have to increase the dose.«. 🙂

If they want to realize yearly financial plan and rise the profit by 10%, they have to increase the doses. The bills for legal drugs will pay the insurance companies:)

Karmicons are doing the same thing. First, they poison incarnants with Evil in first life and then they falsely and forcefully »heal« them with another Evil in another life when they have to repay bad karma. Natural people are bad and ill for kamicons. Only when they forcefully impregnate them with Evil in every possible way they become »good« and »healthy«.