Prostitution is the karmicons violence against women and men (2/2)

Religions claim that man is sinful, human flesh is bad, the spirit is weak, and sex is dirty. Sex is only for the procreation of new believers, and not for the joy. It is best that producers of children are fully clothed during their work with their eyes closes, and that patiently wait for the unpleasant to quickly pass.

In the middle ages, priests suggested to women believers to regularly not wash their lower part so when their man will approach them from that side it will stinkingly repel him away. They still threaten young that they have to keep their hands away from themselves – if they touch themselves, their hands will become dry, and they will become blind. Clergy is very impatient and tense about the sex in the front while behind the back they are starvingly hungry at confessions listening with their wide-open ears devouring all of the sex sins they confidently hear. Confessors literally extract the smallest details and passionately enjoy the visualization of the forbidden lust. When they take the sin upon them, they sacrifice for the sinner and clean them of the holy dirt. 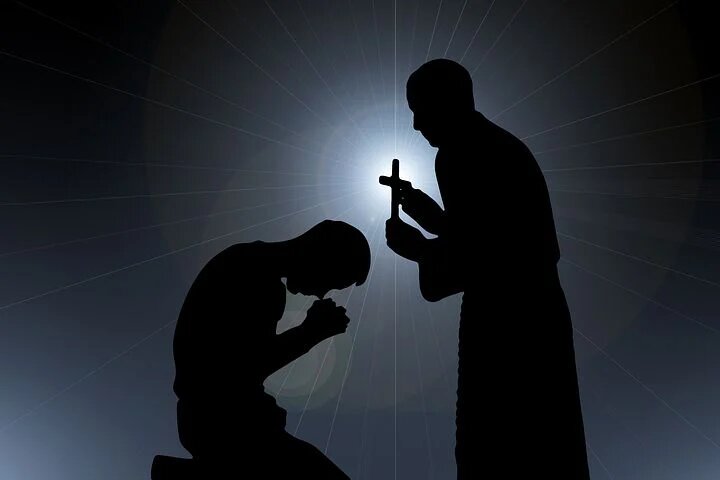 Oral sex is supposed to be the most disgusting, a true devil’s host. 🙂 Priests, that are shortened for that pleasure, are very much enjoying spoiling it to lay believers. They are presenting it as something very filthy forcing them to restrain from it and stay strong when a devil is trying them. Instead of oral sex, they should rather practice cold water showering. Everyone who tried both knows that strawberries are much tastier. 🙂

Some men even think that oral sex is what only prostitutes do and that this kind of sex doesn’t fit honor women. That’s why they visit prostitutes to keep their wives clean. As true heroes and cavaliers, they sacrifice to keep their women away from that disgust and to keep their relations clean. It would be very funny if their wives would think the same, and secretly visit male prostitutes or lovers so they could orally satisfy themselves and them. 🙂

Love is beautiful, the most beautiful is in a pair.

As we know, and by the karmic plan, approximately half of the people were married, and almost half of them were later divorced. The other half of inhabitants were single with occasional shorter partnerships or even without them. Men and women lived by the karmic scripts to pay off the karmic debts of some other couples from other planets. The karmicons used the principle “opposites attract” intentionally and forcefully uniting men and women who were completely different to ensure disharmony, dissatisfaction, conflict, and violence. The karmicons relations were just technical partnerships in which men and women were forced by their parents or relatives; because women got pregnant; to share expenses; because of bank credits; because they didn’t have anywhere else to go; because they were too afraid to leave the partner etc. They were together for everything else but love. 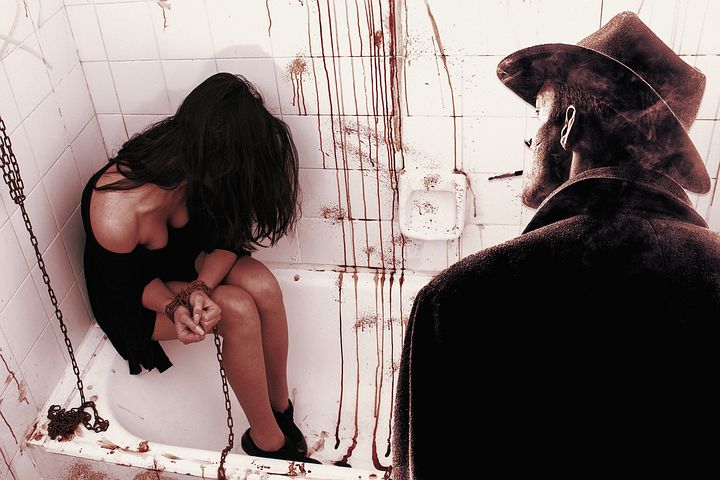 The karmicons ensured that many women in these enforced technical marriages, in which they were to find some kind of safeness, lived in true hell. On Earth, there is still a lot of domestic violence against women who are so sloppy that they keep falling down the stairs getting blue eyes from their falls. In Croatia, two of three women “fell down the stairs”, and the same is elsewhere too. Violence against women is the karmicons form of education of women. Men just “must” regularly and heavily beat them and “teach” them how to respect a man, obey him, subordinate to him, and serve him any way he wants and requests. Even rape in a marriage was legal because a man can do whatever he wants with his wife. A wedding certificate was a license for rape.

To sour the life even more to both, the karmicons were separating married couples with shortening men’s lives. Men on Earth die approximately ten years before women. Lonely and saddened widows in black clothes cry after them until their deaths.

We have finished and removed all the karmicons limitations and violence against women and men and give them natural and nice partnerships lives. We gave a chance to all to have their pair, their partner, best friend, lover, co-creator, and co-player. Most of the Palkies are very happy with new partners, but, as we can see, some, and happily very rare, are still drowning in the old karmicons mud. I call all Palkies to report everyone who is still in prostitution: pimps, prostitutes, and their clients. I also suggest to all who are not satisfied with their present partner to report it immediately to our centers for awakening and we will together with our space friends find a new and better partner as soon as possible.

To close this harmful karmicons chapter, I suggest that all countries shut down the prostitution now, close all brothels, and accompany all prostitutes into closed communities for awakening. Close also all striptease clubs and other houses in which they performed circus sex shows with women and men. Stop also all production of twisted and perverted Sado-Mazo, fetishistic and similar (violent) content. Persons or partners who want to share their sexual experiences, and are not twisted, perverted, or/and violent, can do that. All Palkies can enjoy wonderful sex with their loving partners. With the development of your new natural abilities of visualization and direct connection to computers, you will be able to create your own sexual fantasies.

All of you, who were once in the prostitution business, striptease, porn, or in the other payable sex practices, don’t upset yourselves over it. Know that the karmicons enforced to you all of that and that you couldn’t prevent it. With a new physical body and awakening, you become new beings so clearly separate your old karmicons personality from the new, yours and the beautiful one. If you want, change your name and surname too. Others who were spared of this violence mustn’t contempt these persons. Understand and accept that these roles were enforced on them. Be nice and friendly to them and assist them to awaken and become new personalities. 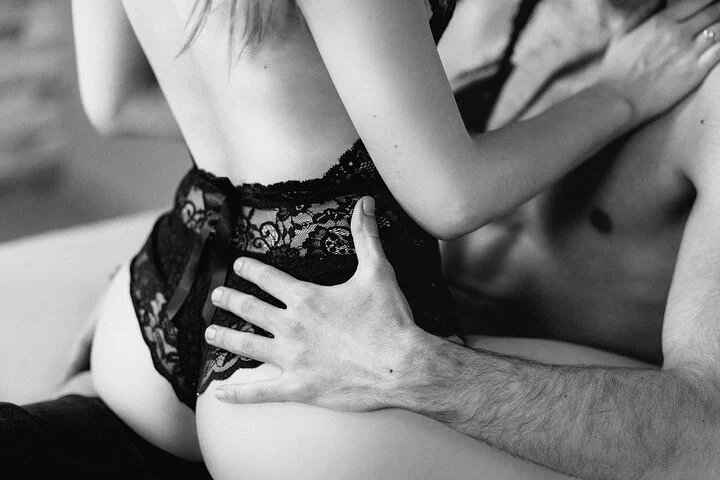 Dear friends, I wish you the nicest love lives with your wonderful partners, best friends, lovers, cocreators, and co-players. I am looking forward with a lot of joy that we will be soon celebrating our new and fantastic life.

P. S. As you can saw, I wrote some parts of the article in the past time. I sent this message also to Palkies as a new Letter. Some destructive practices as religions, for example, are long gone, so I described them as matters from the past. I am looking forward that I will be writing about Earth religions and other karmic destructive systems in the past time soon too.