Tonight, I was in my dreams visiting “Metod”, my friend from the army from Earth. I put him in “apostrophes” because he was really his twin from the planet Palki. My incarnant Fedja is from that planet so I dream in the dream world of Palki. There are many twins on Earth and Palki, persons with the same identities and names. They had the same bodies too until 2018 when we gave to all Palkies new bodies. You can read about that in my other articles and books Letters to Palkies Messages to my friends on another planet.

My energy body automatically “recognized” “Metod” from Palki as Metod from Earth. If I would lucid dream, I would realize that is not the same Metod, but I had just ordinary dreams. I was sitting with him in his room, and when I got up I unintentionally stepped on some old audio cassettes on the floor, and some piece of plastic felt off. Right after that, the karmicons servants from Venus woke me up and told me that once some person harmed a vinyl disc and that now is that settled.

“Settled” means that Metod from Palki who harmed a disc of Fedja, my incarnant, caused a karmic debt with his act. He paid off that debt with “Fedja” or me in dreams harmed his cassettes. In fact, that piece of the plastic even wasn’t from the cassettes, they have artificially added it to the scene.

Despite the well-known fact that my space friends have removed Fedja from me in 2017, the karmicons still claim that I am Fedja and not Seno and that all of his karmic debts are my debts. Despite all facts and proofs they still don’t want to accept that I am a real, original, and independent being.

If Metod and Fedja, both from the planet Palki, really had that kind of errands between them, and Metod really harmed Fedja’s disc, that it’s their thing to sort out. Their thing has nothing to do with me. Especially not now as they can check in a minute and confirm that Fedja lives on Palki, and I am here, on Earth. They can clearly see that he is not me, and I am not him and that we live as two independent persons at the same time. Even if they had that sort of thing between them, the karmicons don’t have any rights to intervene in their lives.

Even by their own karmic theory and practice, they should visit Fedja on Palki, and not me on Earth. Instead, to him, they came to me and forcefully collect false debt during my sleep. By their false theory and practice, Metod’s debt to Fedja is settled. When “Fedja” or I stepped on the cassettes “causing” a piece of plastic to fall off, which even wasn’t part of cassettes, karmic debt between them was paid off.

By that act, the karmicons presented absurdity of their work. Even if Metod caused harm to Fedja harming his disc, he could buy him a new one. If he wouldn’t have the money, he could give him a shirt or something useful. By doing that, he would really fix caused harm. With “Fedja” stepping on his cassettes, harmed disc wasn’t fixed, quite contrary, new harm was made. For the karmicons, one harm is harmful, two harms are beneficial. If one make harm to another, the last one must, with emphasis on MUST, do a harm to the first one. They fix the first harm with the second harm. That is their way of fixing things. 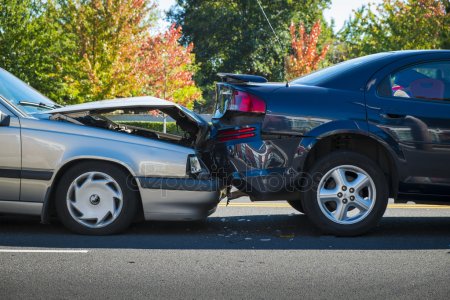 Evil plus Evil is Good.

We can understand this twisted and perverted theory and practice only from the perspective of Evil. The karmicons are not interested in Good and benefits, they only want Evil and harm. If they would want Good, they would write good scripts. If they would be beneficial, they would fix harms with benefits. They are Evil, and they are only interested in harm. that’s why they “fix” the first harm with the second one, or, as they say, “balance” one harm with another calling it “justice”.

For the karmicons, Good is Evil. If something bad happens, that is good for them.

I told to the karmicons servants that I am not Fedja, and that they can check and confirm that in minutes. After a while, Enila, a girl from Venera, and part of the karmicons team came back and said that “he wasn’t on his place, but the things are now settled”.

That means that they checked and confirmed that I am not Fedja, as I was on “his place” in dreams, but despite that, they see things as “settled” now.

Can you imagine, or rather not, that some strangers would break into your home, falsely accused you that you are guilty of debts and forced you that you harm their car. You would say to them that you are not the person they think you are, introduce your self and suggest them to check it out. They would quickly check your claims and respond that that is correct and that you are not that person but that things are now “settled”.:)

Well, that is the Karmic organization. They feel so mighty and they are so arrogant that they can afford such stupidity. They told me directly that they know that I am not Fedja and that I am not in debt, but by their false and forceful collection “my debt” is now cleared.

Maybe you thought why I or Fedja would even be in debt to Metod if he was the one who harmed disc to “me” or Fedja? In that case, Metod would be in debt to Fedja, and not vice versa. That is true, but not in the Karmic organization:) To understand their anti-contra logic, we have to pervert things first.

The karmicons are not about fixing harms with benefits and settling things between people. They are Evil beings who only want Evil. In this case, like in all others, they are only interested in making as much harm as possible. That is why forced me as Fedja in a staged scene to step on Metod’s cassettes and caused imaginary harm as the piece of the plastic even wasn’t from the cassettes. Instead of suggesting or as Evil beings forcing Metod to fix the harm he caused to Fedja, they forced “Fedja” like me to harm Metod’s cassettes. In this anti-contra logic case, Fedja as me was the one who was obliged to harm Metod’s property.

In fact, Fedja didn’t have to do anything as he was harmed. Metod was the one who had to fix his damage. Yes, but not in the Karmic organization where things are perverted. In their perversion, the creditor must collect debts of others by harming their property. If a person would be in money debt to you, by the karmicons “logic”, you would have to destroy his car, for example, and things between you two would be “settled”.

Fedja has one evil or one harm in bonus. The karmicons took care that things played out exactly as they wanted to, harmfully as much as possible so they forced both of them to do harm. They inscribed the damage of the disc in his script, and he did it in an awake state. On the other side, they forced me pretending that I am “Fedja” to do a harm to Metod in dreams. When both of them harmed each other’s property, the things between them are “settled”.

Good is an imbalance, Evil is balance. 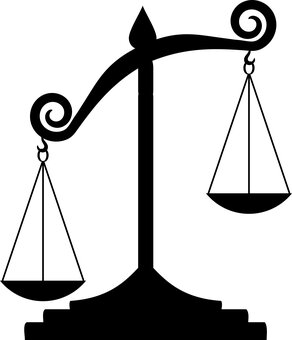 In the karmicons language, when Metod harmed Fedja, he caused an energy imbalance. When “Fedja” or I harmed Metod’s cassettes, the imbalance is balanced.

If we speak in the language of energy, in both cases Good or imbalance was broken with Evil or harm. Instead, to fix the harm or Evil with benefit or Good and return energy in the previous state of balance of Good, the karmicons rather and intentionally caused new harm.

To even more fortify the broken state of Good they forcefully caused another harm strengthening the new imbalance of Good. With that, they intentionally and forcefully created an imbalance of Evil which they call balance. For them, Good is an imbalance. That’s why they write harmful incarnation scripts to enforce Evil in Good. To keep this new harmful state, by false theory and forceful practice, they use new violence and harms to “balance imbalance” while in fact, they are just fortifying Evil. Being arrogant, they even present their lies and violence as false School claiming that more we suffer more we “spiritual grow”:)

Metod, Fedja, and I are not members of the Karmic organization. I don’t have even on the incarnation, no karma, and no karmic debts. Despite that facts, the karmicons are forcing me to pay off debts of other people in my dreams walking on their cassettes:)

Who knows which and how much false karmic debts you have paid off tonight in your dreams?:) With ending the Karmic organization, we will finish this heinous violence upon us. That we will live nicely and dream peacefully.

Read more about the Karmic organization, and Its lies and violence in my book series Letters to Palkies Messages to my friends on another planet.

You can get Book 1 and 2 on Amazon: https://www.amazon.com/Senad-Dizdarevic/e/B07STX4LLB%3Fref=dbs_a_mng_rwt_scns_share