Prev
Next
Book
Replicators are coming!

On April 8, 2019, I heard in lucid dreams that our space friends send down first replicators.

I assume that they were on the planet before that day because a boy who told me that, when I asked him if the replicators arrived (I prepared that question before sleep and set up the intention to ask) was speaking about it as it was something already known and not new anymore.

He told me that some states simply seized them. Those were probably the states they didn’t transform to countries yet (more about it in 5. Letter about the politics of hostility and in 10. Letter about Planetary Community of Countries in 3. and 4. book) and are still capitalistic, socialistic and communistic dictatures, monarchies and similar cosas nostras:)

A boy in dreams added that replicators are working well in Canada. I think that he wanted to say that the people there are using them freely and that they are satisfied with them.

Replicators, (more about them in 4. book in 11. Letter in the chapter The list of goodies) have a very important personal, family and social impact. With them, Palkies started the new revolutionary era with the most advanced space technology.

There are some activities in the same direction on Earth. We have 3D printers and some are doing experiments with the energy directly from the environment. A little bit of magic, hundreds of years of experiments and replicators will be here, too:)

But, why to invent things that already exist? Lucky us, the spacers accepted my proposition and they send replicators to Palkies. With them persons, couples and families are now independent about the basic needs for food and drinks which are now completely free.

I planned replicators for clothes, shoes, small objects, cars, bikes, boats and everything at all. When our space friends send them down too, that will be the end of capitalistic abusing of the people for labor and selfish taking of profits.

The primitive capitalistic system of 1% elite that is controlling and abusing 99% of the mob will be over forever. That will be another big step for the complete sovereignty from the karmicons because the capitalistic Evil is their own black magic.

They forced 99% of people that they must work for the bare survival. They had to work just so they can work. They were heavily in debts and many of them died before they paid off their debts. That is a symbolic presentation of karmic debts. Karmicons are Evil bankers who are holding all in their claws with bad karma debts manipulations.

Did you know that all the newborn babies in Slovenia are already approx. 2.000 euros in debts? I think that I heard that number. For sure is not less, probably more:) We are all karmic debtors and our lives are just that, forced paying off the bad karma debts from unknown incarnants from other planets.

With the replicators, we end the capitalistic era and at the same time we finish the karmicons enslavement of forced labor and debts as a way of “normal” living. Free at last!

I heard that in the first replicators there were 60 different meals. We will add more and more food and drinks and time Palkies will have all the RP product in their home wonder devices. RP stands for replicators products, NRP is for non-replicators such as arts, that will still have their prices.

Just to remind you, selling and buying on markets is natural, but capitalistic abusement is just pure Evil.

With replicators era, all the mass production, transport, distribution and sales of food, drinks, clothes and so on will end forever.

That means that all industrial and cruel animal farms will close their slaughters. There will stay only a few small family farms and in time they will disappear too.

As we all know even the “homegrown” animals are totally poisoned. Air and water are poisoned. Because of the deadly pesticides the soil and all food that grows on it is also poisoned. Animal eat that so their meat and milk are also harmful and deadly.

Capitalistic and selfish farming companies are adding more poison to the already heavily poisoned animals and forcing them with cocktails of chemicals for fast growing and substances that cure illnesses that are caused by such unnatural and fast growing.

You probably heard of forced feeding of gooses for the production of goose pate (foie gras). They insert a tube into their throats and fill them up with the mixture of corn and oil so they expand their liver up to 10 times. They are intentionally deforming and literally changing gooses into a new species: feathered liver!

All food from replicators is 100% pure, healthy, safe, and delicious. You can change the ingredients in the food, add them or remove them as you wish. Just tap and double the amount of proteins, vitamins, and minerals. 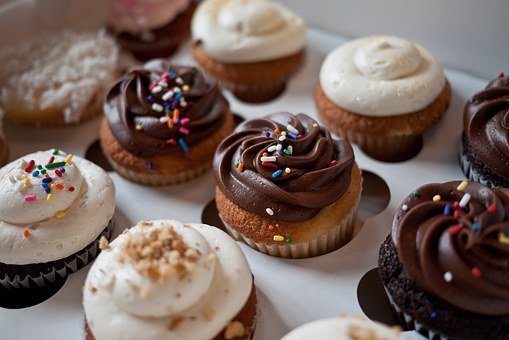 If you want, you can also enlarge the food. Did you ever eat 1-meter big fried chicken?:)

The replicators are really great and they are completely changing everyday life. You don’t need the money, write the shop list, cloth up, go shopping, collect, wait to pay, go home, unpack, clean, cut, cook, plate and bring to the table.

After the meal you have to clear up, clean dishes, dry them and put them in the cupboards. And, at last, but not least, where to put the bones of the 1-meter big chicken? 🙂 Nope, there are no more garbage cans in the house. What for?

You just sit at the table that is replicator itself. Tap the screen to turn it on. There are already all of your favorites watching you and waiting for your touch. Tap again and goodies are on! With all the dishes, spoons and forks and glasses with drinks.

Don’t forget to enlarge the chicken:) And, of course, which one of the thousands of receipts will you try today? Maybe Marsian chicken with blueberry ice cream?

When you finish with your banquet, you just tap again and all the remains disappear in an instant. You stand up if you can:) and walk.

As said with replicators will be a division to RP (replicants) and NRP (non-replicants) products. First will be in the replicators and free, the second such as arts, tourism, all kind of wellnesses (massages, haircuts…), lotteries, will be still to pay.

The money will lose its today meaning because you will use it only for NRP products and services. Everything else will be completely free. And in time the NRP will be free too and money will disappear.

The replicators are very important for personal and societal progress. People don’t have to forcefully work for their survival so they will evolve from the forced labor force who are selling their life, energy and time for money to creators who create what they want when they want, where they want and with whom they want. No more sweat and slaughterhouses.

This big change in the economy will have a huge impact on politics, too. Nobody would have to vote anymore and naively expect that it will be better if “ours” win the elections:)

So-called ours are in fact theirs because they are selfishly taking care of themselves. They use and abuse us to help them, choose them and give them the license for abusement.

That’s why is understandable that some states on Palki that didn’t transform yet immediately seized all the replicators because they are endangering them and strongly diminishing their dictator-ship grip over the people.

And about the people who moved to new homes far away from their old jobs. Some of them can work from home, some will organize a new way of creating and working in new cities and communities. Important is that they all have space houses with advanced technologies and replicators for food and drinks. I assume that all the other replicators will come very soon, maybe they are already on the planet.

Dear Earthlings, I wish that our space friends will quickly send their heavenly devices to this planet so we will have a great home banquets, too.

This is a part of the 2. Book of Letters to Palkies Messages to my friends on another planet.

P.s. Before the arrival of replicators to Palki, our company, Medvee z mami, invented a new way of producing food, meat, milk products, fruits, and vegetables. In a couple of months, we closed the animal farming, meat industry, slaughterhouses, and butcher’s shops.

Same as replicator food, our food is clean, healthy and very tasty. And much cheaper as the capitalistic one, which had first to feed up the greedy and senseless capitalists.

Especially vegetarians and vegans are very excited about the new food. Finally, men are fed and animals stay alive:)

Speaking about the good news – there is no starving and losing weight on Palki anymore. Their new bodies are not aging and can’t get ill. Besides that, they absorb all the food so there is no fat storing and weight gain. Palkies are young, healthy and slim forever.